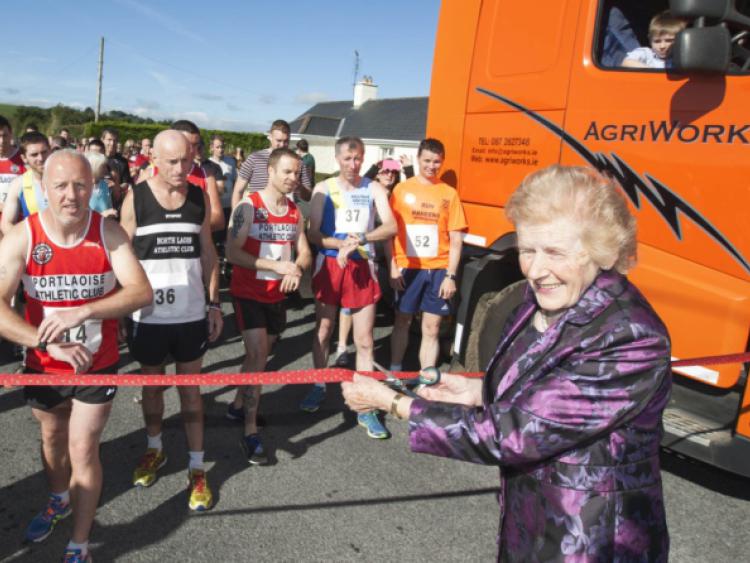 Today (Tuesday) at 12 noon, President Michael D Higgins will officially cut the ribbon to launch the three day event, the biggest in the Irish calendar.

It is expected to attract the largest crowd ever, with 200,000 visitors descending on Ratheniska, booking out every hotel and B&B for miles.

A Laois ploughing source said it was “99 percent” certain that the event would return in 12 months’ time.

Another source close to the National Ploughing Association (NPA) said that with much of the infrastructure in place, it makes sense to stay put.

“We are waiting to see how the road system works, if that is a success, I’d say it will stay. There is a heap of structures in place. Roads have been done, (water) wells have been dug and mains put underground. Power cables are buried and won’t have to be dug up,” he said.

The Carter family farm has been well prepared for the championships while many neighbouring farms will host the free car parks and the ploughing matches.

“Gaps have been made and fences put up, and the entrance could be left in place,” the source said.

Speaking to the Leinster Express before the championships the NPA’s assistant managing director Anna Marie McHugh said 2014 would not be confirmed until after this year’s event.

The championships were held in Wexford last year, but a sudden downpour led to “bedlam” according to Ms McHugh, daughter of MD Anna May.

“It was unacceptable last year. First the weather changed, signs on the M50 had to change, there were slippy roads, there was an influx of traffic and it caused bedlam,” she said.

The size of the event means it will now always be hosted by a midlands county, she said.

“We are very happy with this location, it is very central, we are thrilled it is in Laois. Our offices are here, it is much easier to have meetings on site,” she said.

Gardaí are advising drivers to follow the traffic plan and road signs, rather than sat navs which contributed to last year’s problems. See www.npa.ie or www.garda.ie.