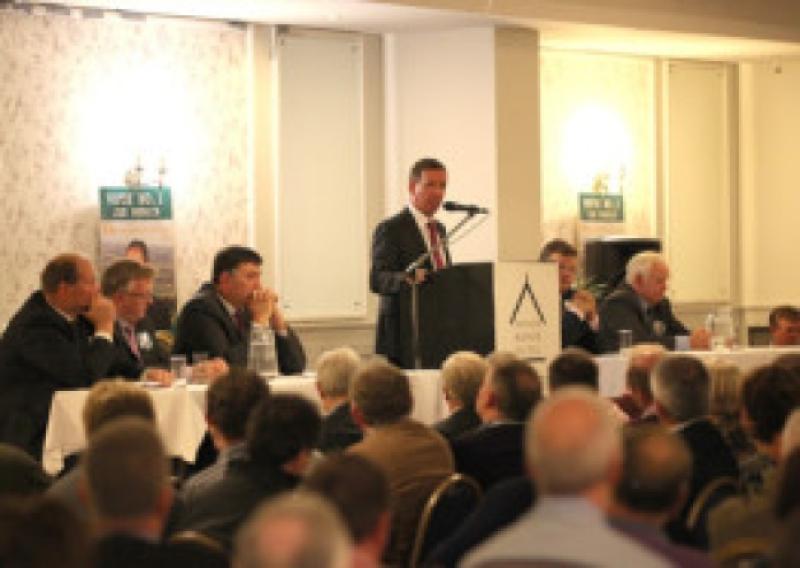 “Quietly confident “ is the view of Laois farmer Jer Bergin as voting begins become the next president of the Irish Farmers Association.

“Quietly confident “ is the view of Laois farmer Jer Bergin as voting begins become the next president of the Irish Farmers Association.

Voing to elect the IFA’s 14th President got underway in the 946 branches across the country on Monday, December 2 and conclude on Friday, December 13.

Mr Bergin, who is South Leinster Vice President is up against Deputy President Eddie Downey from Meath.

“We ar very happy with the way the campaign has gone . We did a huge canvas around the country. We ar quietly confident we are on the right track,” he said.

Mr Bergin is still on the campaign trail. On the day voting started he was canvasing in Cork, Waterford and Galway.

“There has been good support around the country and I hope this will transfer into votes,” he said.

Mr Bergin said there would be a big push over the next fortnight. He thanked Laois farmers for their support.

“I am very grateful for the amount of work done for me by Laois farmers already. There has been huge work done. We have canvased nearly 900 branches in three weeks ,” he told the Leinster Express.

Mr Bergin said the big issues on the campaign trail were inspections, regulations and a charter of farmers rights.

The other big issue is cutbacks to farm schemes which has hit farm incomes.

Mr Keane said the election is an opportunity for IFA’s 88,000 members to decide who will lead them for the next four years.

“The IFA election is unique as it allows every member the chance to hear what candidates are offering, and then they have a vote in the national contest”.

The National Count will take place in the Castleknock Hotel in Dublin on Tuesday, December 17.

The next President of the Irish Farmers’ Association will take up office on January 14, next year.