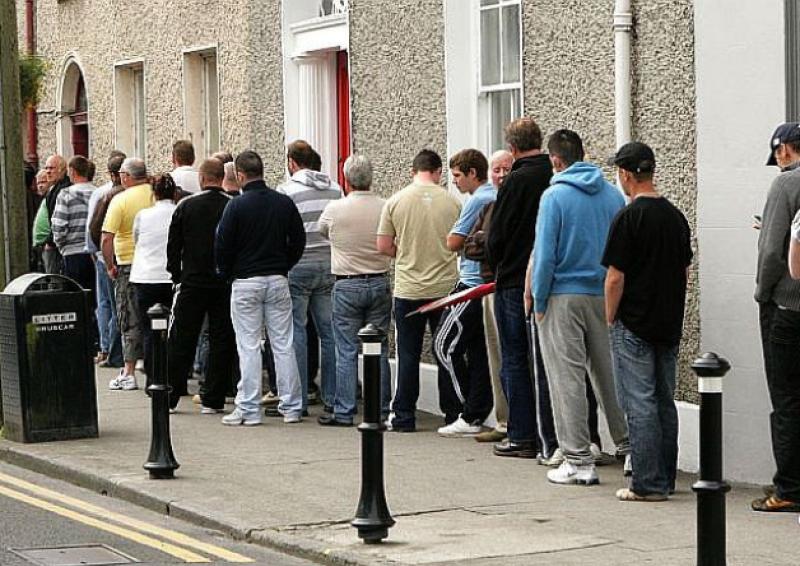 The dismal delivery by Government job creation agencies in Laois is sure to be near the top of the agenda at the job summit to be held in Portlaoise this month, to be attended by the Minister for Enterprise, Richard Bruton.

The dismal delivery by Government job creation agencies in Laois is sure to be near the top of the agenda at the job summit to be held in Portlaoise this month, to be attended by the Minister for Enterprise, Richard Bruton.

The meeting is being convened following on from the launch of the Action Plan for Jobs 2013. Minister Bruton will outline the Government’s approach to the creation of employment and to hear the views and ideas of business people on what other supports they need, to protect existing jobs and create new ones on Tuesday, January 28 in the Portlaoise Heritage Hotel.

But he is sure to face many questions on job creation even from his own TD Charlie Flanagan who said Laois depends on small and medium enterprises who also face difficulties.

“The IDA have a very poor track record. I am very disappointed to hear of the number of visits last year by the IDA and I look forward to hearing what improvements they have in mind.

“There has been a recognition that Portlaoise has been a public sector town. What we need to do is assess the availability of skills in Portlaoise are to match the skills needed by the investors,” said the Fine Gael TD.

Deputy Brian Stanley, Sinn Féin, was direct about what the Minister needs to answer.

“The question he needs to answer is why there has been zero employment created by the IDA in the county?” he said.

Dep Stanley said Enterprise Ireland is not applying targets to Laois as other counties. He said there was a net loss of 537 foreign backed jobs in Laois over five years.

He said people are losing money by having to travel outside Laois for work because of the low pay.

Deputy Sean Fleming, Fianna Fáil, said youth unemployment is a big problem as Laois was hit hard by the construction collapse which forced many young people to emigrate.

“Emigration is right across the county... Laois was hit harder because we had not the Intels of the world as other counties had and many have had to emigrate.”

Senator John Whelan, Labour, welcomed the progress being made by both the IDA and the record number of jobs created by Enterprise Ireland nationally but not locally.

“It is abundantly clear that Laois is still being neglected as it has been for 30 years in terms of foreign direct investment and manufacturing industry.

“This imbalance must be addressed. One way of doing so would be to expedite the construction of the Garryhinch reservoir by Bord na Mona, a €500m project which would create hundreds of construction jobs and extensive other spin-off employment,” he said.