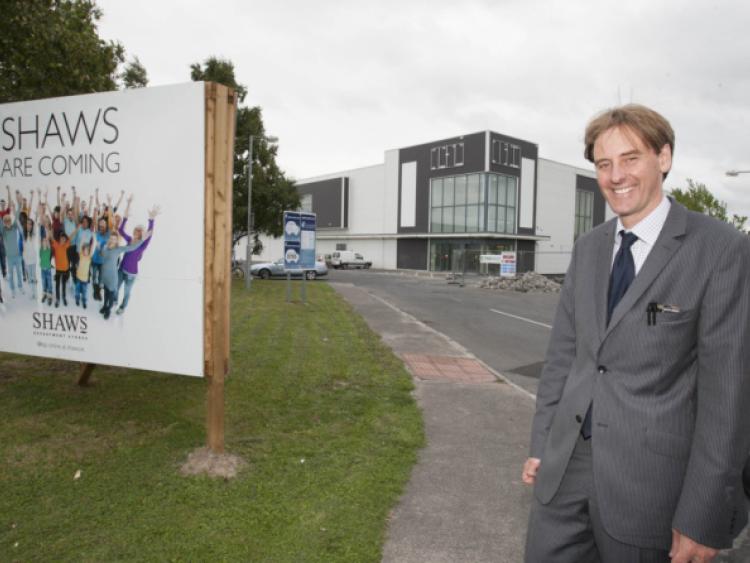 Laois-based shopping chain Shaws has committed its future to Portlaoise with an investment of some €1 million in its new store which opens on Thursday, September 5.

Laois-based shopping chain Shaws has committed its future to Portlaoise with an investment of some €1 million in its new store which opens on Thursday, September 5.

The investment will also have a substantial employment spin-off with a doubling of the workforce at the chain’s new store opposite Laois County Council’s HQ.

Construction and fit out work, carried out by local firms, is in the final stages as the family-run business gets ready to turn a big new chapter in its 149 years of business in Laois.

The new store, which will open every day, is modelled on other expansions by Shaws. Andrew Shaw, Company Director, is confident that the Portlaoise store will be the flagship.

“We have redeveloped stores around the country and Portlaoise will be the fine tuning of all that. It will be the best looking store,” he told the Leinster Express.

While all on the ground level, the 8,000 sq ft shop is divided into units to accomodate several well known brands such as BHS Kids, Dash, Dorothy Perkins, Eastex, Evans, Jacques Vert, Mexx, Regatta and Wallis.

Mr Shaw confirmed that a substantial sum, in the region of €1 million, has been spent buying and redeveloping the building. He said the company can invest because of its “prudent” management during the boom.

At the time Shaws rejected many offers from developers to open new shops.

The move is tinged with sadness for the Shaw family as it brings to an end a century’s link with Main St, Portlaoise. The company director, who is also general manager of Shaws Portlaoise, says the move had to be made the chain were to survive in town.

“It was utterly vital. It is a regret that we had to move out of Main St but we had to do it,” he said.

Apart from making the commitment to stay in Portlaoise, the new shop will also mean more jobs.

“There will be between 55 and 60 jobs in the new store of which up to 35 will be new jobs,” he said, adding that local firms carried out the construction work on the new shop.

The Main St premises, which will either be leased or sold, closes on August 31.