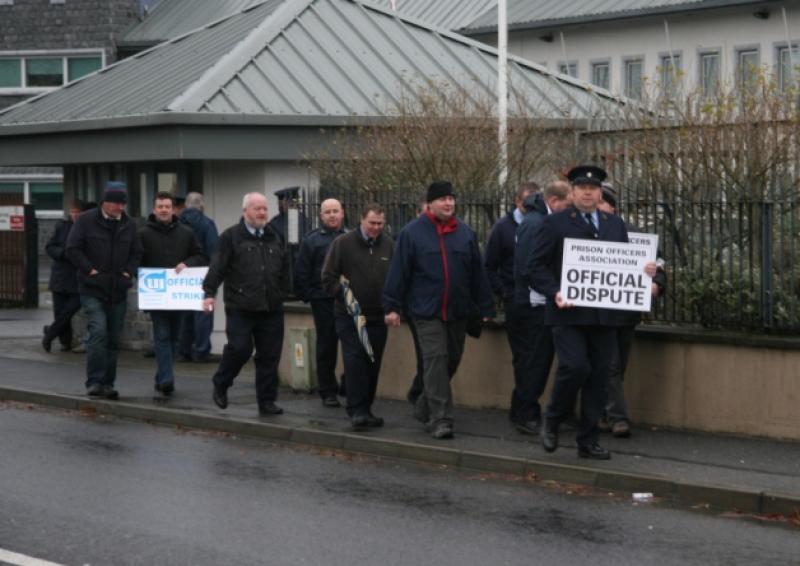 Speaking at the their Annual Delegation Conference in Athlone last night (May 1) Stephen Delaney, President of the Prison Officers Association said prison officers would ask members to vote a strike if the Government imposes pay cuts.

“Our National executive Council (NEC) has forwarded an emergency motion to Conference which I hope is supported. This motion states that should the Government decide to unilaterally impose pay cuts by way of legislation on Prison Officers that the NEC convene immediately with a view to conducting a National ballot of the membership for the taking of Industrial Action, up to and including Strike Action.

Subject to Conference approval Mr Delaney said that the POA, which has several hundred members at the Midlands and Portlaoise Prisons in Portlaois,e will do what needs to be done if attempts are made to introduce further pay cuts to our members.

“Five years of austerity has had a massive impact on Prison Officers and their families. Many are hurting and are under great financial pressure. A certain percentage of our members already have difficulty making ends meet and this will increase if there are further cuts.

“Increasing numbers will have trouble with mortgages, they will be spending less in their communities – so instead of making a good and sound contribution, as they always have done; they will now become part of the economic problem. As our Minister you have a real responsibility here to address this issue on our behalf”.

Mr Delaney pointed out that prisoners have

“We have met our targets with €21 million saved from the payroll. We have taken several hits, and we are group of workers where it is widely accepted have actually produced significant savings. Our commitment to this crisis cannot be questioned. It is outrageous that the Government would again target Prison Officers by introducing pay cuts to resolve a problem which we did not create,” he said.

Mr Delaney said the POA would engage in finding a solution.

“But let’s be crystal clear, we will not support any measures which are more stringent that the package of proposals that was already reluctantly accepted by our members. That is our position which is non- negotiable,” he said.