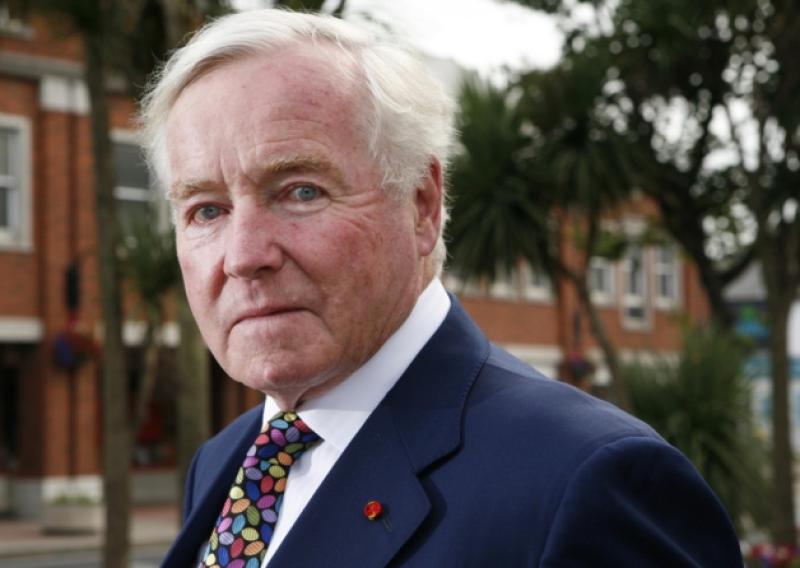 Although he founded Superquinn in 1960 (or Quinn supermarket as it was originally known), Senator Quinn has become better known in recent years for working with independent shops and helped them to revamp, modernise and stave off the competition from multi-national retailers. Feargal Quinn’s Retail Therapy aired for two series on RTE.

In 2011, he fronted RTÉ’s Local Heroes campaign in Drogheda, County Louth which an assembled team of experts come together to kick-start the local economy.

Senator Quinn will visit Mountmellick on the invitaion of Labour Senator John Whelan and his colleague Councillor Lisa Delaney, who described Quinn as the ultimate “business guru”

She explains: “I joined Laois County Council recently and identified publically what I wanted to achieve as a county councillor, I come from a self employed background and one of my goals when I took the position was to offer as much help and support to the self employed as possible.”

Cllr Delaney continues: “Mountmellick is a super little town with a fantastic community spirit, it has grown from strength to strength down through the years but recently morale has dropped a little and I think Fergal is the perfect person to boost the business people in Mountmellick and guide them through the tough times. After all as Fergal says “survive and thrive in good times and bad.”

Sen Whelan says he has agreement for a Senate initiative to revive and regenerate town centres and main streets nationwide.