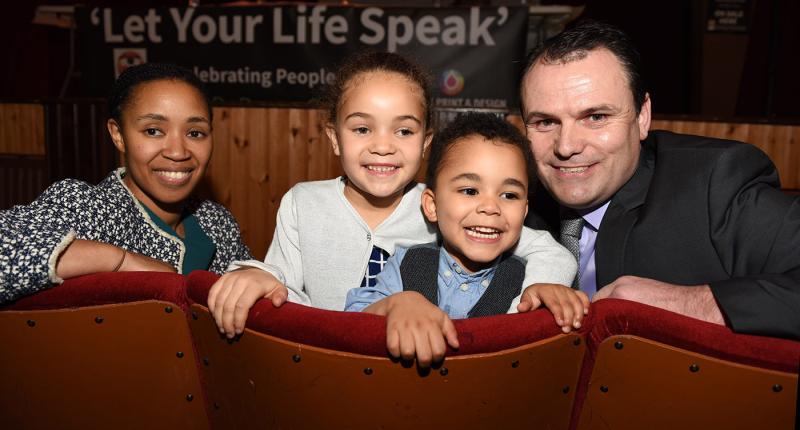 Darren Conroy with his wife Kellie and children Rosa and Malcolm.

Only a lucky few will find 'Let Your Life Speak' in their Christmas stocking this year, with the announcement that copies have just about sold out.

The handsome hardback book by Mountmellick man Darren Conroy is a collection of biographies and interviews with 30 Laois people that have inspired him and others.

With over 500 copies snapped up, only a few remain in selected shops, retailing at €20.

Darren is thrilled at how has sold, with all of the €18,000 profit going to the GROW mental health organisation, for a new centre in his home town.

"I am incredibly proud to be part of the whole project. I am very happy with the response and the feedback to the book generally. There was great support from the people of Laois and especially from Mountmellick. Shopkeepers sold it with not one cent going to them, all to GROW. I had great volunteers on my committee especially Cathy Bishop who continues to stock shops and collect money. There has been a very good community response in general and we aim to have €18k for charity soon. The fact that it's all going to Laois is great and it's was especially pleasing that GROW have told us that the branch will be in my hometown of Mountmellick," he told the Leinster Express this week.

What's on in Laois over Christmas...

Rather than a reprint, Darren revealed that he is is already looking to book two.

"There will be a second one already in the works similar to the first," he confirmed.

The busy osteopath runs Taylor Conroy clinic in Portlaoise with his business partner and wife Kellie. He is planning a short rest for Christmas before he gears up again.

"I'm looking forward to studying for a course I have been doing for the past three years where I travel to England one weekend a month. I finish in the summer of 2018. I'm looking forward to spending more time with my family and children. I also need some quiet time to reflect after finding my brother, dad dying and in the midst of all doing course and book. A rest would be good, but not for long. Too much to do," Darren said.

A handful of books are left in Mountmellick shops, at O'Gormans, Ger Dunne's, Hanlon's and O Horains.

He confirmed that GROW will reopen facilities in Mountmellick on the back of the fundraiser.

"GROW have informed us that they will relocate in Mountmellick and have information meetings coming in New year. Being a native of The Valley who supported this project and have supported me over the years, I'm very happy that people of Laois in my home town will benefit from all of our efforts to support mental health and normalize its discussion," he said.

On his Facebook page, Darren gave thanks to everybody who encouraged him and helped him to promote and sell the book, including his wife.

"To my wife Kellie for insisting on printing more books in the belief we could sell more. For everything that is successful in my life has involved you," Darren said.

He also thanks his committee, people who sponsored the cost of printing the book, shops who sold it at no profit to themselves, and those who helped on the launch night.

He thanks Senator David Norris who launched the book at no charge, and former Minister John Moloney for his work in the area of mental health while Minister, for encouraging Darren to take on the project.

Darren gave a particular thanks to those who are part of the book.
"To those who contributed to the book, thank you, I loved every bit of it," he said.

His one regret is that his late father who passed away this year did not live to be given the book by Darren.
"Sad that my Dad didn't live to give him the book," he said.

He has a final motivating message to other prospective writers.

"To the few who told me they want to write a book .....go for it. I look forward to reading them," he said. 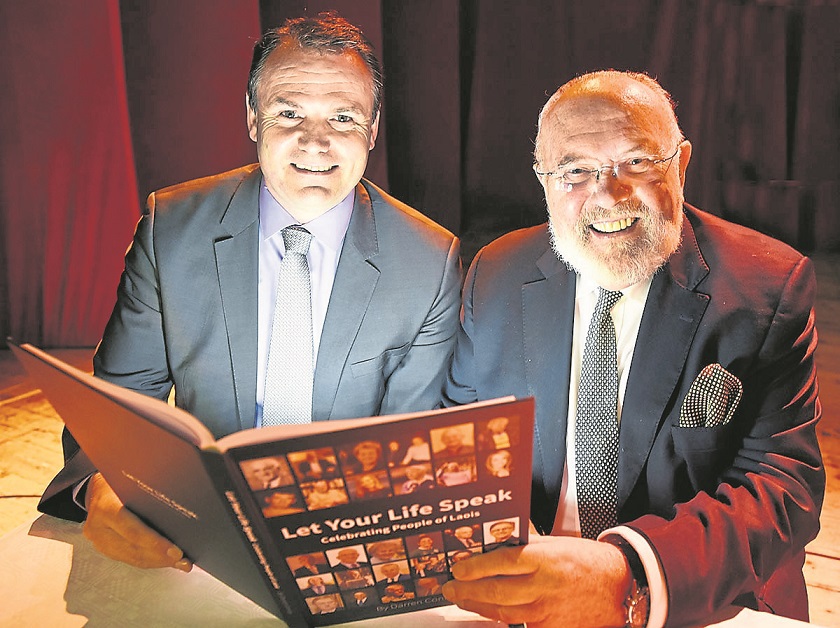