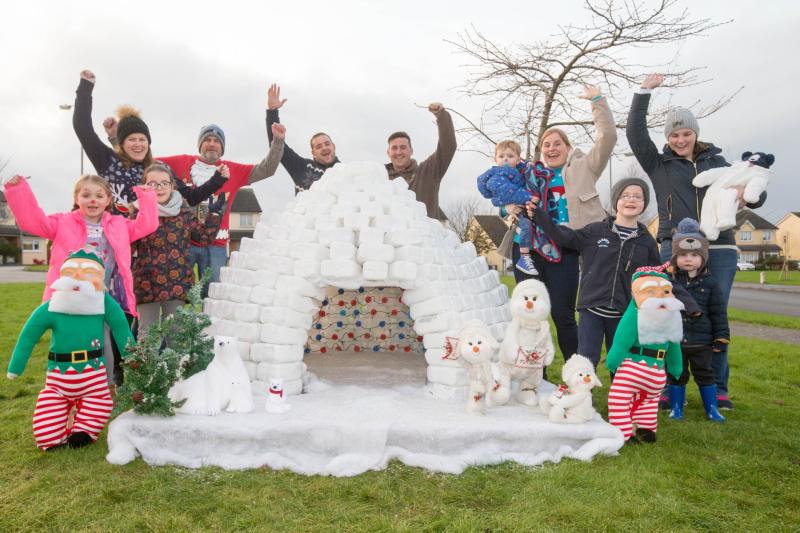 Residents of Mooreville housing estate in Rathdowney with their igloo. Photo: Alf Harvey

There was no snow needed for this igloo in Rathdowney in Laois this winter, and it survived long after the snow had melted elsewhere.

The igloo was built by the residents of the 36 house Moorville estate in Rathdowney, with the main construction undertaken by Paul Bowe and David Moore.

Many others helped out where they could, and it was ready of the Christmas lights switch on on December 8.

The children of the estate did lots of choir practice for weeks beforehand, and on the night when the Christmas lights were switched on, the igloo was unveiled while the residents enjoyed some mulled wine, hot chocolate and carol singing on the green.

They even had a snow machine to add to the atmosphere on the night, which might just have helped bring on the real thing days later across the county.

And what was the igloo made of? Lots and lots of recycled plastic milk containers.

Photograph by Alf Harvey for the Leinster Express.