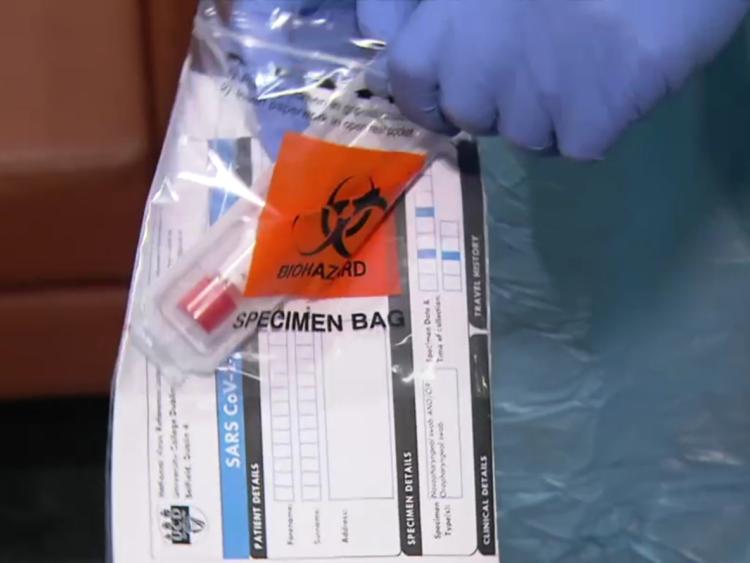 A man with underlying health conditions has died following infection with the coronavirus Covid-19.

The Health Protection Surveillance Centre has today, Saturday, March 14, has also been informed of 39 new confirmed cases of COVID-19 in Ireland.

Of the new cases, 10 were women and 19 were men. There are 21 cases in the east, 13 in the south, 3 in the northwest and two in the west. The majority of cases were confirmed in the last 24 hours. It is the biggest single daily increase since February 29.

None of the new cases is in ICU but it is understood six patients are undergoing intensive care treatment.

"We have sadly to report to you one additional death in respect to a male in the east of the country with an underlying medical condition," said Dr Tony Holohan Chief Medical Officer.

This brings to 129 cases confirmed in the Republic of Ireland since February 29 when the first case was recorded.

Dr Holohan said around 3% people tested were returning positive tests for the virus. In common with the flu season, he said the positive testing would be 'well north' of the 3% level by the time the spread of the disease peaks.

He said there was anecdotal evidence that social distancing was not being observed in pubs and restaurants and said the impact of the measures were being monitored and kept under review.

"We can see and we know there are high levels of non-compliance," he said.

He said the message to self-isolate was not getting through to the 20-40 year age group. He said he has seen on his walk home from work in the evening in Dublin that some establishments are busy.

He said public transport would be kept under review because it is vital but it brings people into close proximity to each other. As for schools, he said the experience of the spread of the disease would influence the lifting of closures.

However, he said it is important that people do not stay home and hide.

He said the incidence of cases would soon be published on a county by county basis.

Health authorities say the 14-day self-isolation period is based for people who have returned a positive test is based on the experience of 72,000 cases in China.

Dr Holohan said a new modelling team is working on predictions on when the illness would peak in Ireland. He said that is a continuing process. He said the more cases that emerge, the more robust that prediction would be. However, he said no modelling group in the world can predict precisely.

A total of 163 cases had been confirmed on the island of Ireland by Saturday.

On Thursday, Ireland introduced new measures as part of our effort to interrupt the transmission of COVID-19.

Gatherings banned:
a) involving more than 100 people if located indoors

b) involving more than 500 people if located outdoors

- Closure of museums, galleries and tourism sites
- Closure to students of schools, creches, other childcare facilities and higher education institutions
- Reduction of workplace contacts, and implementation of remote working practices and teleconferencing where possible and not to travel for meetings. Work time and break times should be staggered, where possible
- Restriction of visiting at hospitals, long term care settings, mental health facilities, prisons, and spacing measures in homeless shelters.

NPHET further recommends that these measures should be introduced until Sunday 29 March 2020. The impact of these measures will be under continuous review.