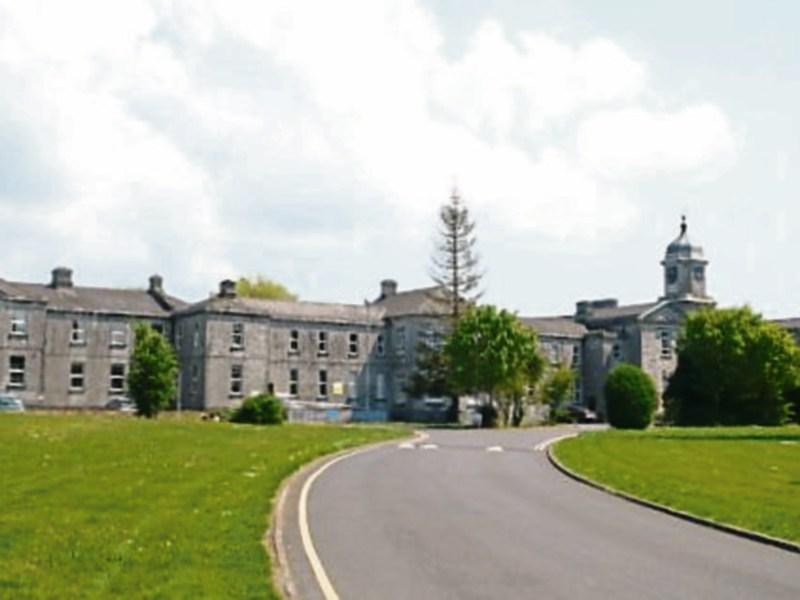 The wife of one of the patients who died with Covid-19 in the Maryborough Centre last week has praised staff for their care of her husband.

Danny and Doreen Delaney from Stradbally were married for 52 years. Danny, 77, a former GAA footballer for his club and county, passed away last Tuesday April 14 in the centre. He was the ninth patient diagnosed with Covid-19 to die there after the eight who died over the Easter weekend.

His wife Doreen told the Leinster Express that the staff’s care was “absolutely fantastic”.
Danny had suffered a turn last Christmas she said that left him needing full time hospital care. He suffered damage to his brain and his heart and kidneys.

He first stayed in Portlaoise hospital and then was moved to the Maryborough Centre in St Fintan’s Campus about two months ago.

“He finished up in a wheelchair and he was fairly dependent. Some of the time he was not too articulate. He was a quiet man, they were very good to him. The doctors were marvellous. Danny was even able to speak to me, he knew where he was. He loved it in there,” she said.

Doreen went to visit him every day up to the point that visiting was stopped due to the coronavirus.
“I visited him every single day, we were very close. For part of the time his mind was not really there, that was very distressful for him and for me. He was very up and down and I felt he needed me to ground him. I’m glad now I went every day,” she said.

After that she said that staff kept her fully up to date with his condition and treatment.
“The end was the tough bit. He got the virus at the end when it was apparent it was in the hospital and I couldn't be let in to prevent the spread. They told me everything, either they were calling me or I was calling.

“They left me in no doubt and treated me fabulously. Any change I was told and it left me very secure. He felt very safe and I felt very safe,” she said.

“He came too at the end and asked for me. They rang and told me. I told them go back and sit beside him and tell him I'm at home praying for him. It was significant to me that he knew I was thinking and praying for him,” Doreen said.

She has the precious memory of a big celebration of their 50th wedding anniversary.

“We celebrated our 50th two years ago. At the time I said we should have a do. We never were ones for going out. He looked me, went away, came back and said 'you're right'. So we had a lovely mass in Stradbally celebrated by my cousin Fr Eamon O'Gorman, and a meal in the Killeshin with family and friends,” she said.

Fr Eamon was there again with her to celebrate Danny's funeral along with Stradbally Parish Priest Fr Breen.

Doreen describes the simple funeral, due to Covid-19 restrictions on gatherings.

“Danny was brought to the funeral parlour, we went in, the priest said prayers and we came home. The next day we went to the church grounds and followed the hearse to Stradbally, down the street to the graveyard. People stood along the street socially distanced. It was beautiful. We played Tommy Fleming singing Danny Boy in the graveyard, it was really nice,” said Doreen.

“I am at peace now. I feel I did what I could. I couldn't have done anything else. His suffering is over now. I would just like to say thanks to the doctors and the staff in Portlaoise and Maryborough Centre,” she said.

"Stradbally GAA club is saddened to learn of the death of Danny Delaney Cork Road Stradbally Co Laois. Deepest sympathies to his wife Doreen brothers Teddy Karl and John and all his extended family & friends. Danny was a life long member of our club. He fulfilled roles as chairman in the early 70s & was trustee of our club & played with both Stradbally & Laois in the 1960's & 1970's. He was also vice chairman of Laois Gaa for a term. Ar dheis Dé go raibh a anam," the club said.

"Deepest Sympathies to the Delaney Family Circle on the passing of Danny from all at Stradbally Town AFC. Ar dheis Dé go raibh a anam".