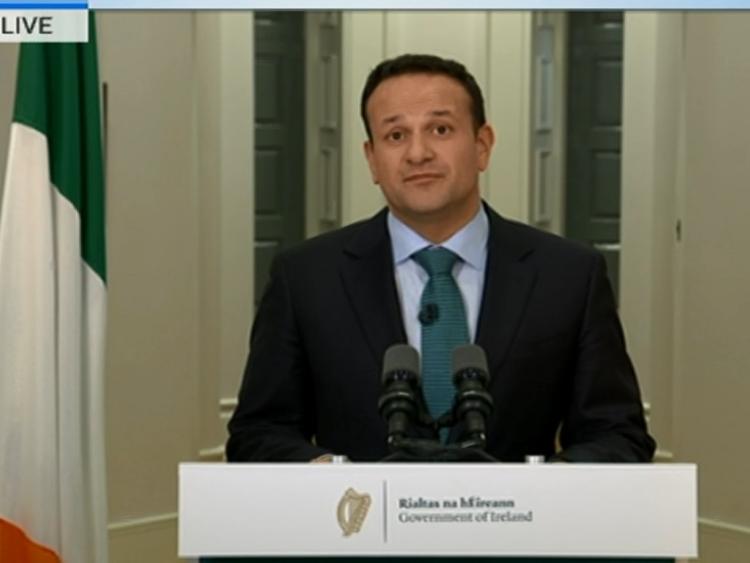 Taoiseach Leo Varadkar has announced a major easing of Covid-19 restrictions as Ireland moves into Phase 2 of the government's roadmap for reopening society and the economy from Monday, June 8.

The announcement was expected after the number of new coronavirus cases, hospital and ICU admissions declined since the commencement of Phase 1 on May 18.

Phase 1 of re-opening, which saw builders go back to work and some retailers like hardware shops re-open, came into effect on May 18, three weeks ago.

Chair of the NPHET Irish Epidemiological Modelling Advisory Group, Professor Philip Nolan, gave an update on his modelling work on Thursday evening and said all the metrics used to measure the disease remain stable or in decline. He said the 'R' rate was still below 1 between 0-4 and 0.7.

"It is safe to proceed to Phase 2 of our roadmap," Leo said, adding that he was also announcing "an acceleration of the roadmap." He said this was made possible by the many sacrifices made by the public over the last few months.

All elements of Phase 2 will now go ahead on Monday, June 8. The Taoiseach also revealed that the roadmap now contains just four phases instead of five, with the fourth phase due to commence on July 20. Phase 3 will commence on June 29 if the country avoids a significant spike between now and then.

He called the phase coming into action on Monday as "Phase 2 plus" as some measures in later phases are brought forward.

These travel restrictions will be scrapped altogether on June 29 with the commencement of Phase 3.

On social visits, up to six people may visit another household for a short period of time but everyone must keep at least 2 metres apart from people they don't live with. This now includes indoor visits. 15 people will be permitted to meet outdoors from Monday. Cocooners will also be able to invite a small number of people to their homes if social distancing is maintained. Social distancing requirements remain at two metres.

A slightly larger number of people can be in attendance at funerals but numbers will still be restricted to immediate family and close friends and limited to a maximum number of 25 mourners for a limited period of time where social distancing can be maintained.

All retail will return on Monday with strict guidelines and measures in place. Shopping centres have been given a later opening date of June 15 with social distancing in place. Retail outlets opening from Monday are being asked to use "staggered hours" to avoid public transport being overcrowded at peak times. Shops will not be allowed to open before 10.30am. They will also be asked to allow for allocated shopping times for vulnerable and older people.

Those working from home are being asked to continue to do so, where possible. Social distancing requirements will be in place in all workplaces. Face covering are now advised in indoor work settings where social distancing is not possible.

Public libraries may open on Monday so long as the numbers allowed in are limited, social distancing is observed and there is strict hand-sanitising in place for anyone who goes into the library.

People can take part in outdoor sporting and fitness activities, involving team sports training in small groups (but not matches) where social distancing can be maintained and where there is no contact. Elite athletes can now return to training.

Playgrounds will re-open with measures in place from Monday. The July Provision scheme for children with difficulties will also return. Kids summer camps will also now be possible with Taoiseach Leo Varadkar saying kids can claim "some of the summer that seemed stolen." These summer camps are restricted to groups of 15 people.

Looking to future phases, the hospitality and tourism sector will begin reopening in Phase 3 on June 29. Pubs with restaurant licences can reopen from June 29 but with table service only. Hotels will also be permitted to re-open at this stage.