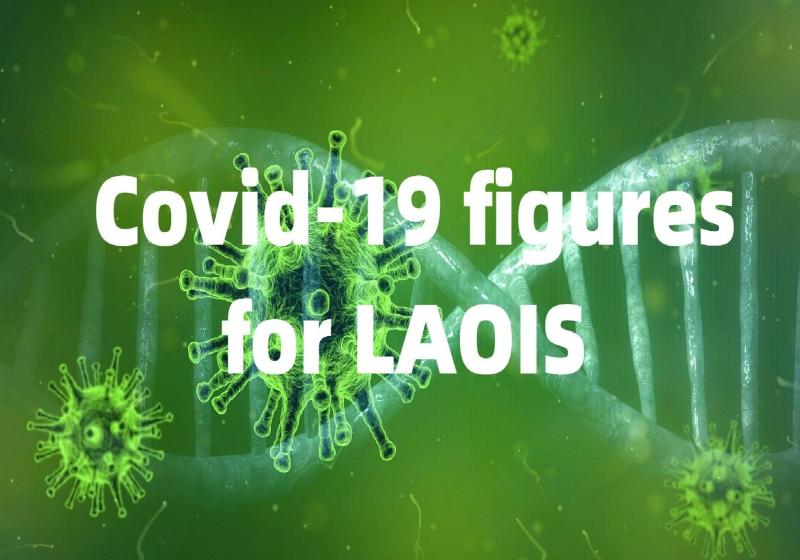 Laois is again clear of new cases of Covid-19 this Wednesday, for the third day running.

However there are 84 new cases confirmed in Ireland today, the National Public Health Emergency Team has confirmed. There is now a total of 30,164 confirmed cases of COVID-19 in Ireland.

Dublin has 51 of those cases, while the rest of Ireland is "stable". The capital's population have been urged to do all they can to slow their rise in case numbers, which now stands at 14,048.

Professor Philip Nolan, Chair of the NPHET Irish Epidemiological Modelling Advisory Group, said; “While the reproduction number for Ireland as a whole is close to 1.0, the reproduction number for Dublin alone is approximately 1.4. We are seeing increasing case numbers in Dublin, growing close to 5% per day. If this were to continue, the number of cases would double every 14 days. Given the size of Dublin’s population it is essential we prevent any further spread now – by limiting our social contacts and taking precautions during any essential contacts.”

With three new deaths reported today, the rate of deaths is now at nearly one per day, after being at zero for a number of weeks. There has now been a total of 1,781 COVID-19 related deaths in Ireland.

There are six in Offaly, five in Kildare and the remaining 22 cases are located in Cork, Donegal, Galway, Mayo, Meath, Roscommon, Tipperary, Westmeath and Wicklow.

Meanwhile the age of people contracting the virus is growing older, "a source of very considerable concern" says Professor Nolan.

"Going back two or three weeks we were seeing cases in young people under 40. Up until two weeks ago there were very few in older people. Last week we recorded an increase in the age group 75 to 84. This week that has been joined by an increase in the 85 plus group. Given the vulnerability of this population and the fact it has begun to spread from a younger population into the older population, is a source of very considerable concern to us".

The most recent county by county figures are two days behind the daily figures. As of Monday, September 7, there were  396 confirmed cases in Laois recorded since last February.

The totals and changes on Monday for neighbouring counties was as follows:

The HSE is working to identify any contacts the patients may have had to provide them with information and advice to prevent further spread.