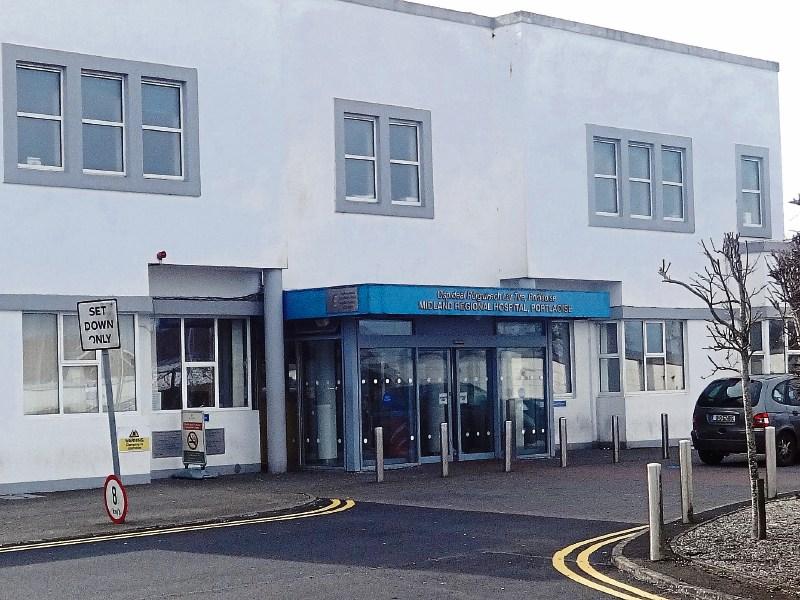 A patient with Covid-19 in Portlaoise hospital is receiving critical care, according to the latest Covid-19 hospitals report from the HSE.

The HSE Acute Hospital Daily Operations Update finalised on Tuesday evening and published on Wednesday, September 16  shows that one patient who contracted the virus is among 13 people around Ireland in critical care units.

The HSE update for Friday, September 11 showed that a patient who tested positive was admitted at the Midland Regional Hospital Portlaoise in the previous 24 hours.

There were no suspected cases being treated at the Laois hospital according to the latest report.

The update shows that the hospital has eight spare general beds but no available critical care beds.  Seriously ill Covid-19 patients can require breathing support on ventilation in critical care.

There is just one spare critical care bed at its sister hospitals in Tullamore but no capacity Naas General which is also linked to Portlaoise as part of the HSE's Dublin Midlands Hospital Group.

Tullamore had four confirmed Covid-19 patients but there were none in Naas when the report was completed on Tuesday. Tullamore had two suspected cases while there were seven possible positives at the Kildare hospital.

The DMHG also includes Tallaght and St James's hospitals in Dublin. Tallaght had nine confirmed and 7 suspected cases on Tuesday evening. There were four confirmed and three suspected in St James.

Nationally, the number of patients with Covid-19 in Irish hospitals has risen slightly to 65 while there were 140 suspected cases on Monday evening compared with 221 at 8am that morning.