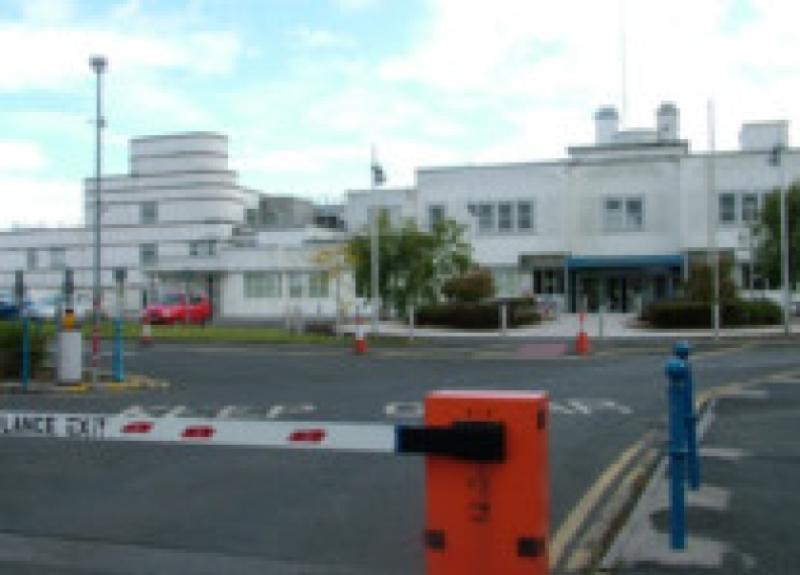 Frontline staff at Portlaoise hospital are continuing to provide critical care for a patient with Covid-19 while their colleagues across the Dublin Midland Hospital Group (DMHG) all have patients with the virus to treat with dwindling key resources to meet the increasing demand.

The HSE Acute Hospital Daily Operations Update finalised on Wednesday evening and published on Thursday, September 17  shows that one patient at the Midland Regional Hospital Portlaoise remains in critical care. The hospital confirmed a case on Friday, September 11.

There were no suspected cases being treated at the Laois hospital according to the latest report.

The update shows that the hospital has 10 spare general beds but no available critical care beds.  Seriously ill Covid-19 patients can require breathing support on ventilation in critical care.

There is now no spare critical care beds at its sister hospitals in Tullamore or Naas hospitals which are both linked to Portlaoise as part of the HSE's Dublin Midlands Hospital Group. There were just nine of these beds in the DMHG all in Dublin.

Two new Covid-19 cases were confirmed in the Offaly hospital in the past 24 hours bringing to six the total number of confirmed cases. None are in critical care. It had one suspected case by 8pm on Wednesday.

Kildare's hospital had one confirmed case who is not in critical care and four suspected cases when the report was finalised on Wednesday.

Nationally, the number of patients with Covid-19 in Irish hospitals has risen to 73 while there were 106 suspected cases on Monday evening compared with 191 at 8am that morning.

There were 14 confirmed and 7 suspected cases in critical care units across Ireland. Seven of the 21 were ventilated.