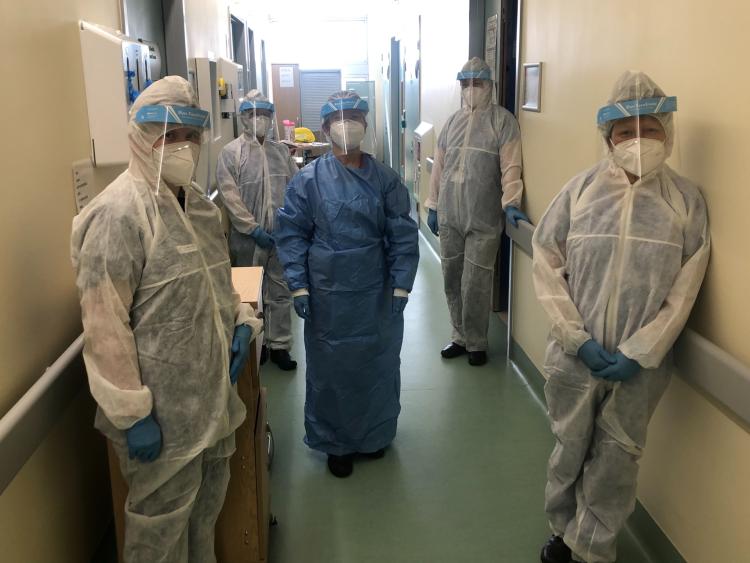 Portlaoise hospital's staff are dealing first hand with the reemergence of Covid-19 with confirmation of a second critically ill patient with the virus as capacity regionally and nationally continues to be stretched by a rise in cases.

The latest HSE Acute Hospital Daily Operations Update shows confirm that there are now two critically ill people with coronavirus being treated in the ICU of the Midland Regional Portlaoise as of 8pm on Monday, September 21. The report is published on Tuesday morning.

There were no suspected cases at the hospital which has been treating patients with confirmed Covid-19 for most of September as the incidence of the virus began to increase around Ireland.

The update also shows that the hospital has 11 spare general beds but no available critical care beds.  Seriously ill Covid-19 patients can require breathing support on ventilation in critical care. There have been no spare critical care capacity for weeks in Portlaoise.

All of Portlaoise's sister hospitals in Dublin and the Midlands are also treating confirmed cases. There is are just six free ICU beds in the hospitals.

There were six confirmed cases in Tullamore one of whom is in ICU. The Offaly hospital has no suspect cases. However, there are no spare general care beds and just one ICU bed at the Midland Regional Hospital Tullamore.

Kildare's hospital continues to have one confirmed case and dive suspected cases according to Monday's report. Naas had 27 vacant general beds but no critical care bed.

Nationally, the number of patients with Covid-19 in Irish hospitals has risen to 90 - up two on Sunday. There were 96 suspected cases on Sunday evening compared with 150 at 8 am that morning.

There were 17 confirmed and eight suspected cases in critical care units across Ireland. Of these 12 ventilated. There were no deaths in ICU.