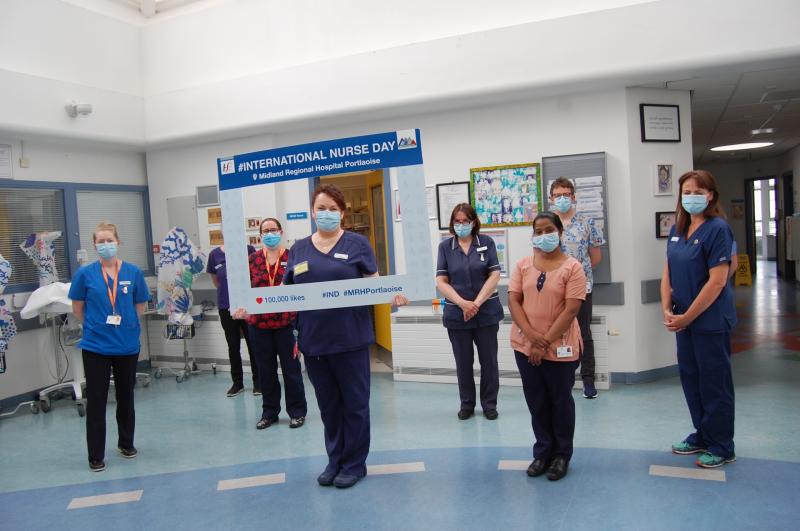 Critically ill patients who have contracted Covid-19 continued to be treated by frontline staff at Portlaoise hospital which is one of five acute hospitals in the Dublin Midlands Hospital Group (DMHG) treating people with the virus, according to the HSE's latest update.

The HSE Acute Hospital Daily Operations Update confirms that two people remain in the ICU of the Midland Regional Hospital Portlaoise as of 8 pm on Sunday, September 27. There were two suspected cases at the hospital when the report, which was published on Monday.

The update, which was filed at 8pm Sunday with the HSE, also shows that while the Laois hospital is down to just general beds and has no available critical care beds which are needed to treat seriously ill Covid-19 patients or other very sick patients.

There are five confirmed cases in Tullamore but two patients are in ICU an increase of one on the previous day. The Offaly hospital had no suspect cases.

There has been a big increase in general bed capacity. There were just three vacant beds last Friday with no beds available on some days last week. This increased to 39 by Sunday evening. However, like Portlaoise, there was no vacant ICU bed at the Midland Regional Hospital Tullamore when the report was filed on Sunday evening.

The DMHG also includes Naas General. Kildare's hospital continues to have one confirmed cases. Three patients had suspected Covid-19 according to the report. Naas had 14 vacant general beds and one spare critical care bed.

The DMHG also includes Tallaght and St James's hospitals in Dublin. Tallaght has seven confirmed and 14 suspected cases. The hospital has had to defer some procedures and reconfigure some surgical beds because of the recent increase in cases. It has one spare critical care bed.

Nationally, the number of patients with Covid-19 in Irish hospitals has risen to 108. There were 102 suspected cases on Thursday evening compared with 152 at 8 am that morning.

There were 17 confirmed and 6 suspected cases in critical care units across Ireland. Of these 14 ventilated. There were no deaths in ICU.