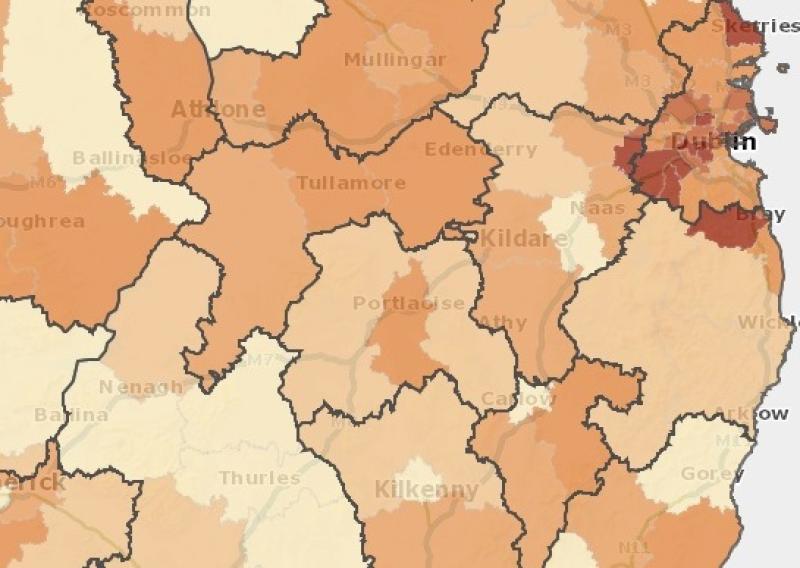 The Portlaoise area continues to have the highest rate of Covid-19 cases in Laois, a map on the Government's coronavirus information website shows.

The latest figures look at the COVID-19 14-day Incidence Rate per 100,000 Population by Local Electoral Area (LEA) for the second two weeks of September.

The Portlaoise Local Electoral Area, which stretches down to Abbeyleix, has a rate of 78.6 which is higher than the national average rate of 70.7 per 100,000. However, the rate in Portlaoise is down slightly on the 82 per 100,000 population for the first two weeks f the month.

There were 25 new confirmed cases counted from September 8 to 21. Total Population of LEA: 31,794

In comparison, the western side of Laois, the Mountmellick to Borris-in-Ossory Local Electoral Area, had a total of six new cases in the same two week period.  Their rate per 100k population is 24.2. Total Population of LEA: 24,807

On the eastern side, the Graiguecullen to Portarlington Local Electoral Area also had six new cases over the recent 14 day period. Their rate per 100k population is the lowest in Laois at 21.4. Total Population of this area is 28,096.

The data is based on the Health Protection Surveillance Centre the two-week data on the disease which are published daily. Its report for September 8-21 shows that there were 38 cases in Laois in the second two weeks of September. This gave an incidence rate of nearly 45 per 100,000.

The HSPC report published for the two weeks up to September 27 shows the number of new Laois cases fell back to 27 giving a rate of nearly 33 per 100,000. 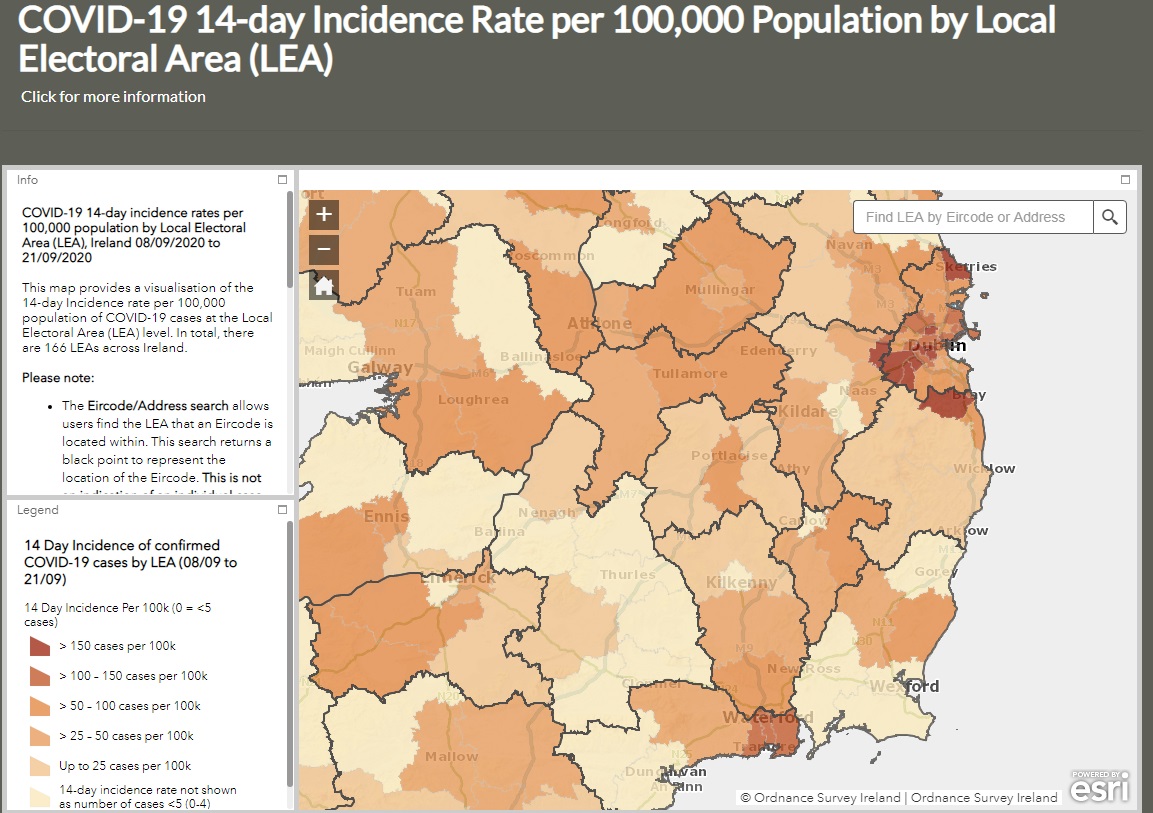