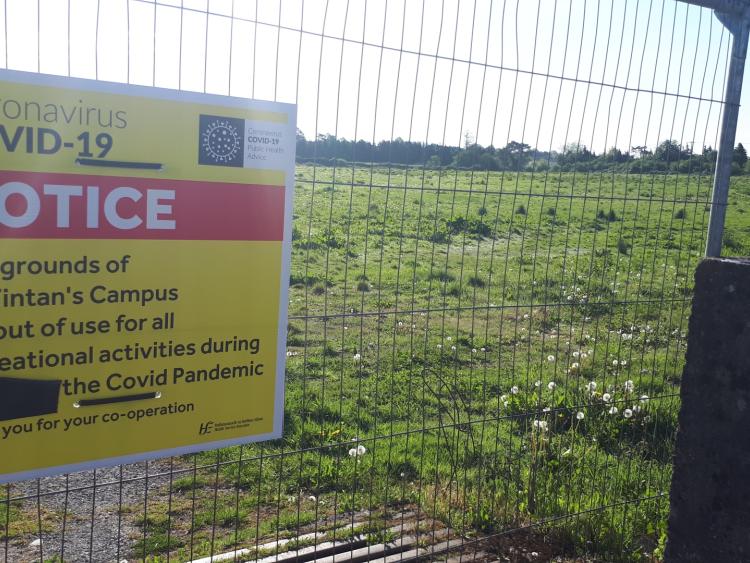 HSE restrictions have extended to outdoor areas in Portlaoise

The resurgence of Covid-19 in Laois in August has continued through September with confirmation that the same number of people contracted the disease in the county last month as in August when Laois was placed on tight restrictions.

A surge of cases in the last few days of September has seen the incidence rise rapidly in Laois. The 11 cases confirmed on September 30 by NPHET has culminated in Laois reaching 79 - the same total as hit in August when meat factory and other outbreaks caused a surge the caused the Government to act.

The September figure brings to, 464 confirmed cases have been identified in Laois since February.

The trend of rising cases in Laois that began in August and continued through September is in marked contrast to May, June and July when just over 40 cases were identified in total. Most of the new cases were at the beginning and end of these three months. In April, 214 cases were confirmed in Laois at the height of the crisis.

The Health Protection Surveillance Centre's 14-day report for Laois up to September 29 shows the incidence rate 34.2 per 100,000 population. Some 29 cases were confirmed in the two week period. The national incidence for the same period was 92.1. Offaly's rate was 65.4 while the rate in Kildare was nearly 85. However, Covid-19 was relatively stable for a number of days in Laois from September 14 to 21.

As for the local incidence, in the two weeks to September 28 Graiguecullen - Portarlington Local Electoral Area (LEA) had nine new cases giving a rate per 100k population of 32.

With 11 new cases in the Portlaoise electoral area, the incidence rate per 100k dropped dramatically to 34.6 for the second two weeks compared to earlier in the month when it was above the national average. This could rise again with the spike in cases in recent days.

The Government placed Laois, Offaly under tighter restrictions on August 8 for two weeks. Kildare faced restrictions until the end of August. While infections fell in the short term, all counties have experienced varying rises since with Laois least impacted so far.