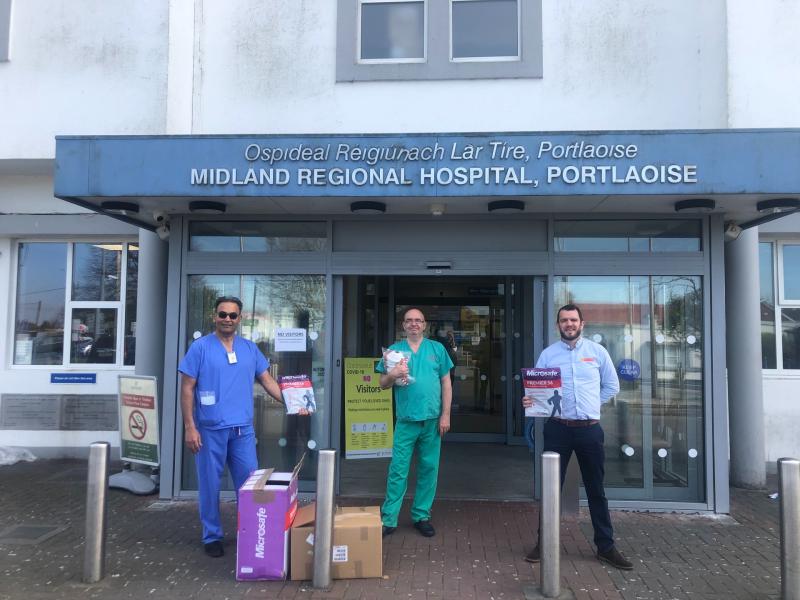 The condition of one of the critically ill Covid-19 patients in Portlaoise hospital may have changed according to the daily HSE report on the coronavirus in Irish hospitals.

Some space has also been freed up for more patients according to the HSE Acute Hospital Daily Operations Updates for October 1 which was published on Friday, October 2.

The report shows that two patients who have tested positive for the virus continue to be treated at the Midland Regional Hospital Portlaoise. However, it also reveals that there is now one patient receiving critical care.

The daily report for October 1 also shows that there were no suspect cases in Portlaoise.

On the capacity to take in more patients, the report shows an improvement on September 30 when no general or acute beds were available. By 8 pm on Thursday, seven beds had been freed.

While there is now just one patient with Covid-19 in ICU, there continue to be no vacant beds - a situation that staff have had to cope with for nearly all of September.

The number of cases in Tullamore remains at five. It also has one less patient with Covid-19 in ICU. There is one suspect case in the Offaly hospital.

The capacity situation has improved. There were 11 general beds and two vacant ICU beds in the Midland Regional Hospital Tullamore.

The DMHG also includes Naas General. Kildare's hospital had one confirmed cases and four patients had suspected Covid-19 according to the report. Naas had 5 vacant general beds but no spare critical care bed.

Tallaght and St James's hospitals in Dublin are part of the same hospital group. Tallaght had 10 confirmed cases and 15 suspected cases. It had one critical care bed and five general beds on Tuesday evening.

There were 16 confirmed and 4 suspected in St James's. It has four available ICU beds and 23 general beds.

Nationally, the number of patients with Covid-19 in Irish hospitals has risen to 114. There were 118 suspected cases on Thursday evening compared with 211 at 8 am that morning.

There were 20 confirmed and seven suspected cases in critical care units across Ireland. Of these 9 were ventilated. There were no deaths in ICU.