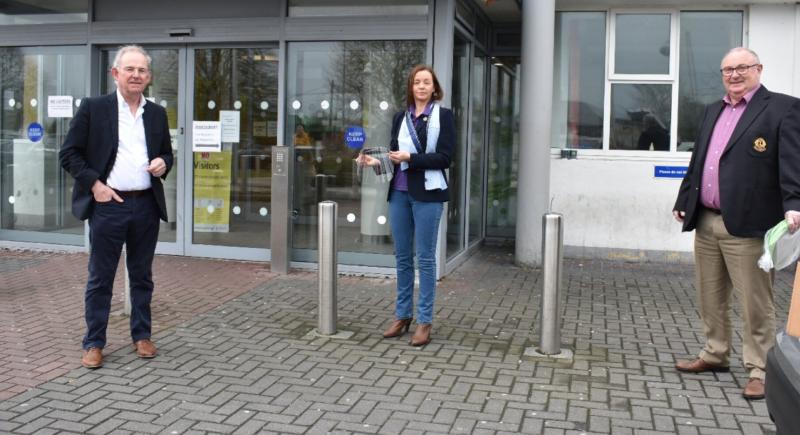 The number of patients receiving care for Covid-19 at Portlaoise hospital has risen in the past 24 hours but none are receiving critical care, according to official figures.

The HSE Acute Hospital Daily Operations Updates published on Monday shows that there were three confirmed cases at the Midland Regional Hospital Portlaoise as of 8 pm on Monday, October 5. This is an increase from two on Sunday. There is one additional suspect case in the hospital

There is some improvement on the capacity front. Staff at the Laois hospital finally had a vacant ICU bed to deploy by 8pm on Monday. This is the first time in weeks that doctors and nurses had some breathing space in this vital area of care.

The number of available general beds has also risen to 16.

Portlaoise hospital is part of the Dublin Midlands Hospital Group (DMHG) which includes the Midland Regional Hospital Tullamore. It now has seven confirmed Covid-19 cases one of whom is in ICU. On other patients was suspected of having the virus when the Monday report was filed. The Offaly hospital had two available ICU beds and five free general beds late Monday.

Meanwhile, Naas General Hospital is the busiest of the three non-Dublin hospitals in the group. It now has five cases and five suspect cases. Two of the confirmed cases are receiving critical care. The Kildare facility one ICU bed but no general beds when the HSE compiled figures on Monday night.

Tallaght and St James' hospitals in Dublin are part of the same group. Both are busier with Covid-19 patients. Tallaght now has 21 confirmed cases and eight suspected. It has just one ICU bed and one general bed available. St James' has 17 confirmed and seven suspected cases of Covid-19. It has 32 general beds and three critical care beds available.

Nationally, there were 147 patients in hospitals with the disease with 129 suspect cases by late Sunday. Of these two categories, 34 people were receiving critical care. There were no deaths in ICU.