Covid-19 incidence in Laois triples according to official figures

The incidence of Covid-19 in Laois has tripled since the middle of September and is now almost equal to Kildare and not far behind Offaly which both have had higher numbers of the virus.

The latest 14-day report from the Health Protection Surveillance Centre shows that Laois has had 81 confirmed cases of the virus between September 23 and October 6. Most of the cases have been recorded in the latter half of the two weeks period.

On Friday, October 2 alone 32 cases emerged but there have been other double-digit figure daily detections since September 23. The outbreak at a nursing home in Portlaoise of 31 cases is also factored into the report.

The two week total is more than what was recorded in both September and August. In each month 79 cases were recorded. A rapid spread in August led to the imposition of Level 3 equivalent restrictions on Laois, Offaly and Kildare.

The rate in Laois is below Carlow, Kilkenny and Tipperary.

All three counties are still below the national incidence level of 124.4. There were 5,925 cases confirmed nationally between September 23 and October 6 according to the HSPC report prepared on October 7.

COUNTY BY COUNTY BREAKDOWN BELOW 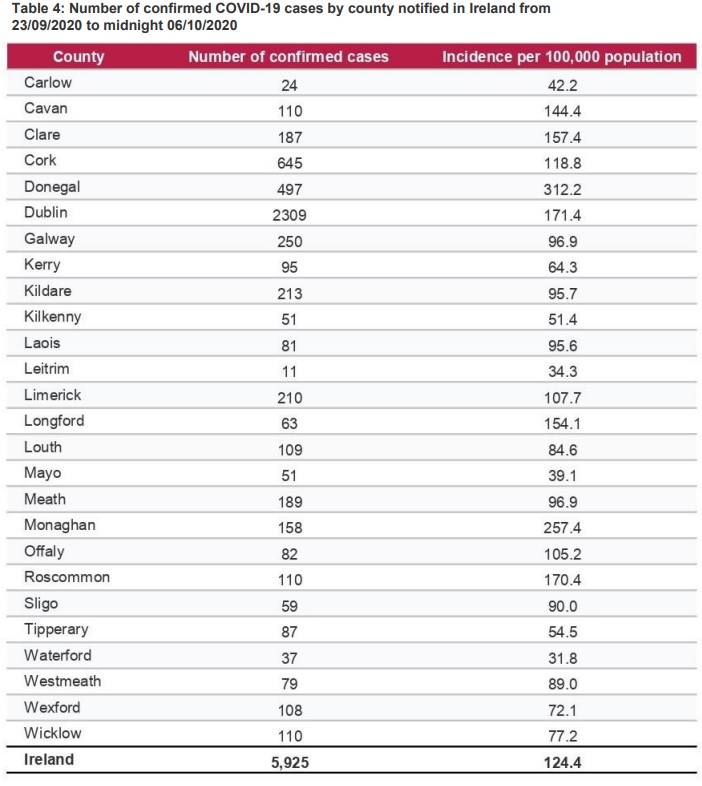