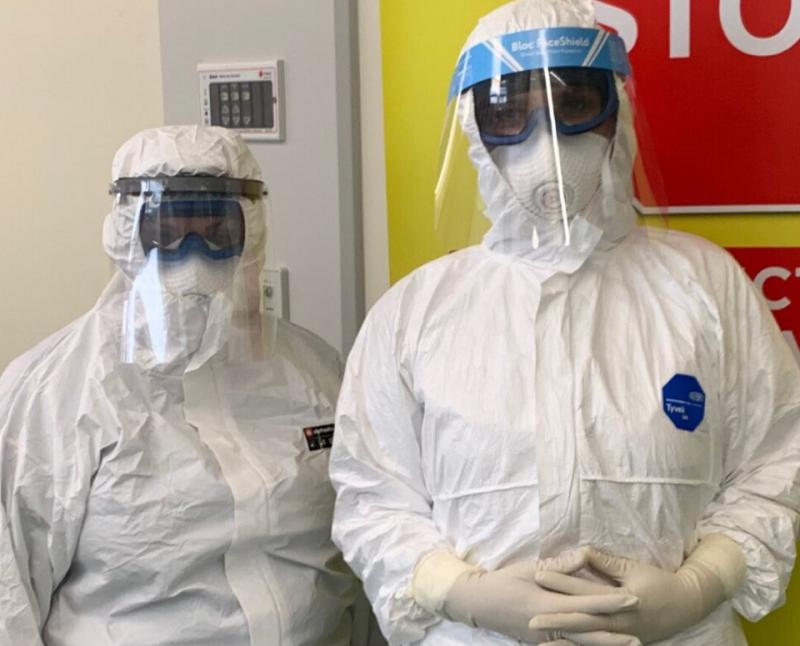 Portlaoise hospital has admitted another patient who has tested positive for Covid-19 and two patients are critically ill while the medical ward remains closed to new admissions due to this week's outbreak.

The Covid-19 Daily Operations Update for Acute Hospitals, finalised for Midland Regional Hospital Portlaoise on Thursday and published on Friday, October 16, shows one new case in the 24 hours up to 8 pm on Thursday. Apart from the five confirmed case there no new confirmed cases.

Two people are critically in and fighting the virus with the help of ICU at the coalface of the disease. These staff had a Covid-19 patient every day since mid-September as the incidence of the virus began to increase.

Confirmation of the increase in ICU patients comes in the same week as a patient lost the battle to the disease a the hospital. The person was the fourth victim to succumb after contracting the disease that the Kilminchy Lodge Nursing Home in Portlaoise.

The rise in numbers also follows the confirmation on Thursday by the HSE that there was an outbreak in the hospital with a small number of patients and staff impacted.

The HSE updated the situation in relation to the outbreak issued on Friday. It said capacity has been impacted.

"Contact tracing and testing is ongoing. Services continue. People should attend for their appointment. Medical ward remains closed to admissions (20 beds – 6 vacant). Hospital is managing in line with all national protocols," said a statement.

The Daily operations report says that Portlaoise had no free ICU bed by 8pm Thursday. It has spare eight spare general beds.

The Offaly hospital has also had to admit more Covid-19 positive patients. It now has ten confirmed Covid-19 cases one more than the previous day. One of its confirmed and one of its suspected cases are critically ill. Staff had no available ICU beds and six general bed late Thursday.

Meanwhile, Naas General Hospital continues to have seven confirmed Covid-19 cases - on less than Wednesday -  and six suspect cases. None of these patients is receiving critical care. The Kildare facility had one ICU bed and three general beds when the HSE compiled the figures.

Nationally, the number of Covid-19 cases rose to 235 from 214 the previous day. There were 116 suspect cases. Of these two categories, 43 people were receiving critical care - 28 are ventilated. There was one death in ICU.