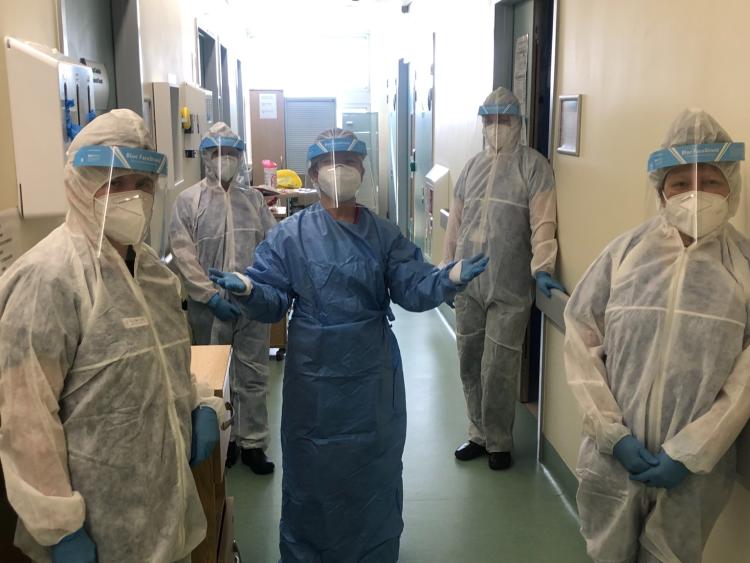 The number of patients with Covid-19 being treated at Portlaoise hospital has increased as it has at its sister hospitals in Offaly and Kildare, according to the latest HSE report on the management of the virus in Irish hospitals.

The Covid-19 Daily Operations Update for Acute Hospitals, finalised for Midland Regional Hospital Portlaoise on Wednesday and published on Thursday, October 22, shows that there are now eight confirmed cases at the hospital. This is up by one on Monday. There was one suspected case.

By 8pm on Wednesday, ICU staff were caring for three of these patients who have fallen critically ill. Two have tested positive while a third is suspected of having the virus.

The Laois hospital is part of the Dublin Midlands Hospital Group (DMHG) which includes hospitals in Kildare, Offaly and Dublin.

The Midland Regional Hospital Tullamore hospital has also had to admit more Covid-19 positive patients. It now has 11 confirmed Covid-19 cases. One of its confirmed cases and two of its suspected cases are critically ill. Staff had no available ICU bed and four general beds late Tuesday.

Meanwhile, Naas General Hospital has 14 confirmed Covid-19 cases and nine suspected cases. One of the suspected cases is receiving critical care. The Kildare facility had one ICU bed and one general bed when the HSE compiled the figures.

Tallaght and St James' hospitals in Dublin are part of the same group. Tallaght now has 22 confirmed cases and six suspected. It has one ICU bed and six general beds available. St James' has ten confirmed but 28 suspected cases of Covid-19. It has 53 general beds and one critical care bed available.

Nationally, the number of Covid-19 cases in hospitals was 309 late on Wednesday. There were 188 suspect cases. Of these two categories, 50 people were receiving critical care - 27 are ventilated. There were two deaths in ICU on Tuesday.