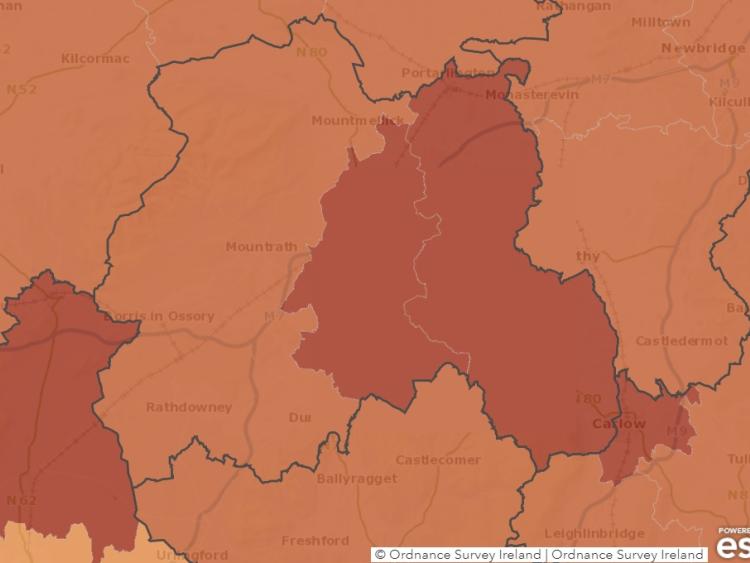 The incidence of Covid-19  the area of Laois which includes Portarlington and Graiguecullen and borders Offaly, Carlow town and Kildare has jumped above the national average while the spread in Laois just below the national rate.

The latest 14-day local electoral data the Covid-19 Ireland hub shows the incidence rate per 100,000 population from October 13 to 26 when 233 new cases were confirmed in Laois. This is a yardstick used to measure the spread of the disease nationally but also locally.

On the eastern side, the Graiguecullen Portarlington Local Electoral Area also had 96 cases. This gives a rate of just of nearly 342 per 100 k. It is a significant jump on the previous LEA measurement period. The incidence for the area in the two weeks to October 19 was 256.3 per 100k on the back of 72 cases. This contrasts to the last two weeks of September when the rate per 100k population 21.4 - the lowest in Laois at the time. The total population of this area is 28,096. 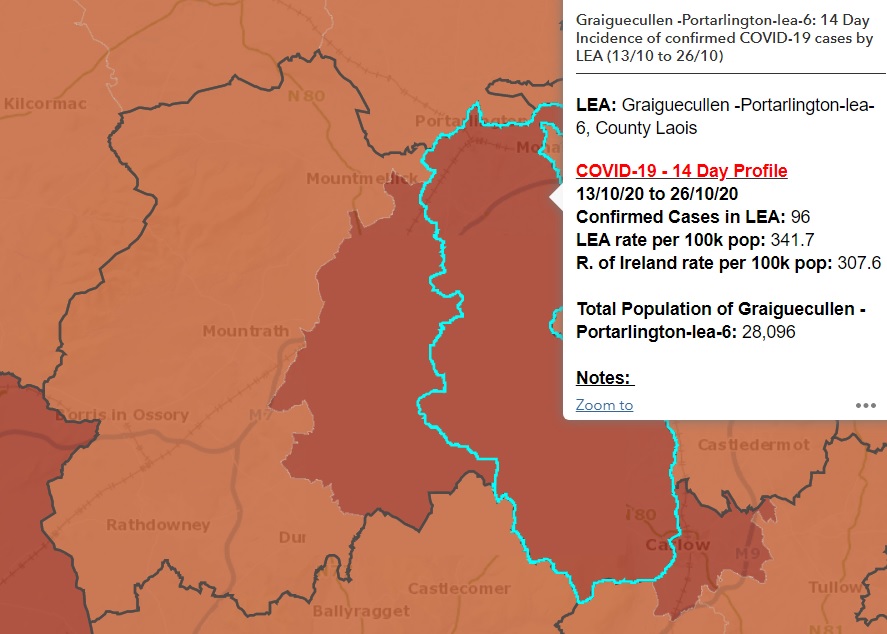 The Portlaoise Local Electoral Area, which stretches down to Abbeyleix and Ballinakill near the Kilkenny border, has also suffered an increase to a point just below the national average.

The incidence in the most populated part of the county has risen to almost 302 cases per 100k. This is on the back of 96 new cases in the 14 day period.

It also marks a jump on the previous period when the incidence was 229.6 per 100 k on the back of 73 cases. Again this contrasts to a rate of 78.6 per 100k in late September when the national average rate of 70.7. There were 25 new confirmed cases counted from September 8 to 21 in Portlaoise.

The area has a total population of 31,794. It also includes Ballyroan and Ratheniska but is dominated by Portlaoise which has a population of more than 20,000. 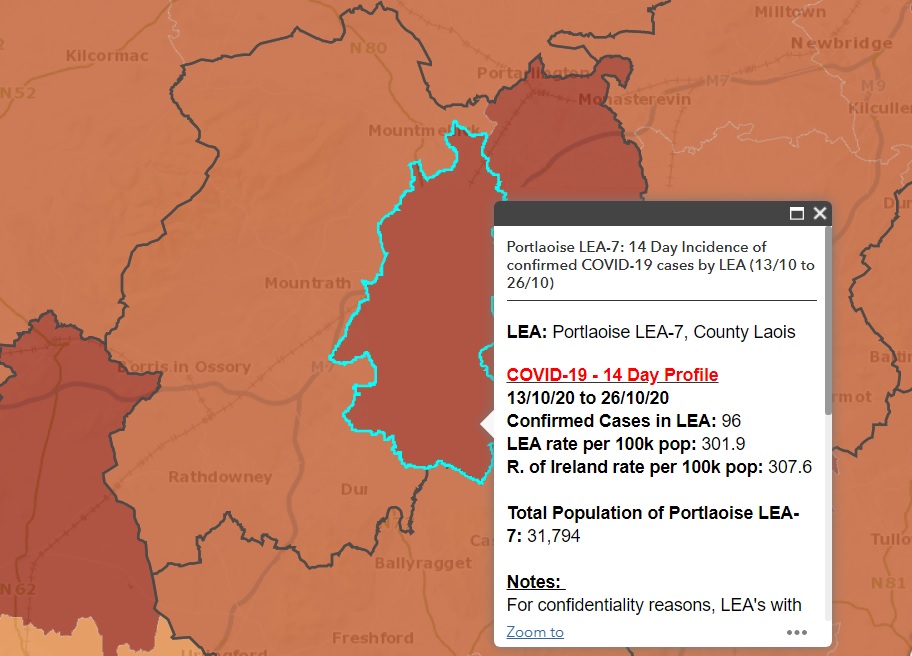 The western side of Laois, the Mountmellick to Borris-in-Ossory Local Electoral Area, has been the least impacted by the virus to date of the three LEAS. It continues to have lowest rate though the incidence has rise also.

The area, which is the biggest geographic of the three Laois LEAS, also includes, Rathdowney, Mountrath, Clonaslee, Durrow, Castletown. It borders Offaly, Tipperary and Kilkenny. 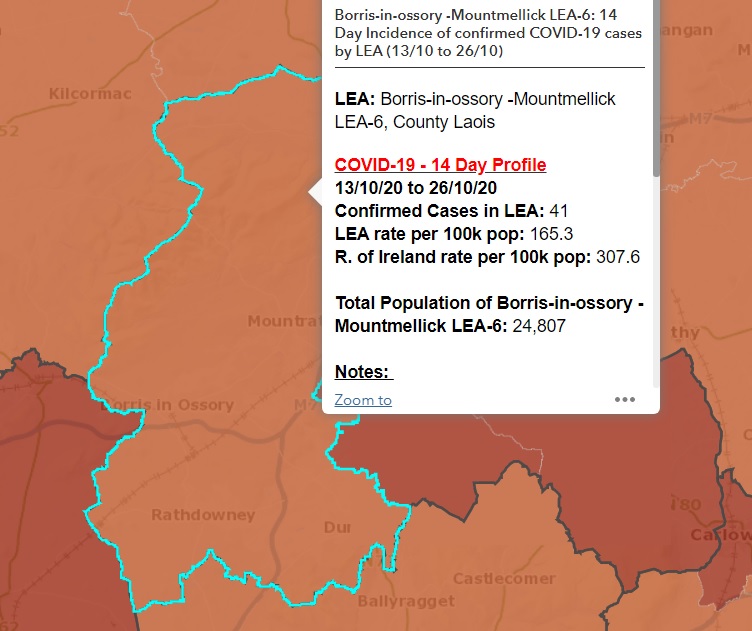 While there are signs that the restrictions is having an impact on all of the six weeks of Level 5 may be needed to get the country back on an even keel.

The current data is significantly worse than a month ago. The figures, which are based on the Health Protection Surveillance Centre bi-weekly returns on the disease, are published daily. Its report for September 8-21 showed that there were 38 cases in Laois in the second two weeks of September. This gave an incidence rate of nearly 45 per 100,000. This was deemed high at the time.

The HSPC report published for the two weeks up to September 27 shows the number of new Laois cases was 27 giving a rate of nearly 33 per 100,000.

The lowest national 14-day incidence rate was on July 3 when the rate was 2.98 cases per 100 k population.

Up to October 28, there have been 796 officially confirmed cases of Covid-19 detected in Laois since February. The total for Ireland is 60,297. There has been a total of 1,902 COVID-19 related deaths in Ireland.