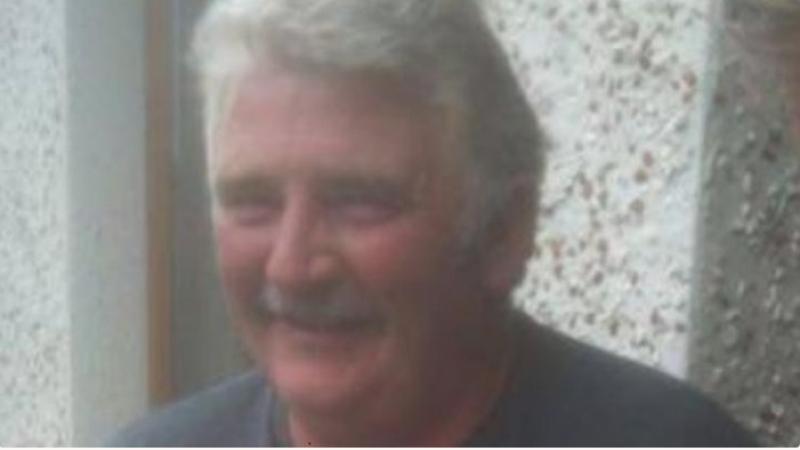 The late Tommy Ring, a native of Abbeyleix in Laois.

A Laois native who lived in the UK has died from Covid-19 after battling for his life in hospital on a ventilator.

Tommy Ring who is originally from Abbeyleix but living in Northampton, East Midlands, died on October 22.

His brother Jon Ring who lives in Australia had last month launched a Gofundme online fundraiser to gather support for Tommy and his wife Krystyna.

He had described Tommy’s situation on the fundraiser, while hoping for his recovery.

"Tommy Ring is 58 years old and is a hard working father and husband. Tommy loves music and is an outgoing man, always loving to socialise and travel with his wife Krystyna.

"Tommy was taken to hospital by ambulance on October 10th 2020 where he is fighting for his life having contracted COVID-19 a few days earlier.  Medical staff at Northampton Hospital are doing everything they can to help him recover. He currently cannot breathe without a mechanical ventilator and is very ill and is now in an induced coma.

"Tommy's wife Krystyna is beside herself with worry and is supporting Tommy as best she can although unable to visit him. A few months ago they used up any savings on the first lot of lockdowns in the UK. Tommy's employment status only qualifies him for extremely limited Government benefits and yet they have to sustain a mortgage, living expenses and bills. Krystyna is unable to work due to her own chronic pain," Jon said.

Jon had hoped that enough money could be raised to pay for Tommy’s medical expenses and his recovery.

On October 24, he announced Tommy’s death on the fundraiser page.

“Sadly, Tommy Ring lost his battle against COVID -19 on October 22nd 2020. Tommy was very strong but the virus had done way too much damage. We are still accepting donations to assist Krystyna and the family with funeral expenses and costs. Thank you,” he said.

The fundraiser has reached £6,150. Find it on gofundme.com here.