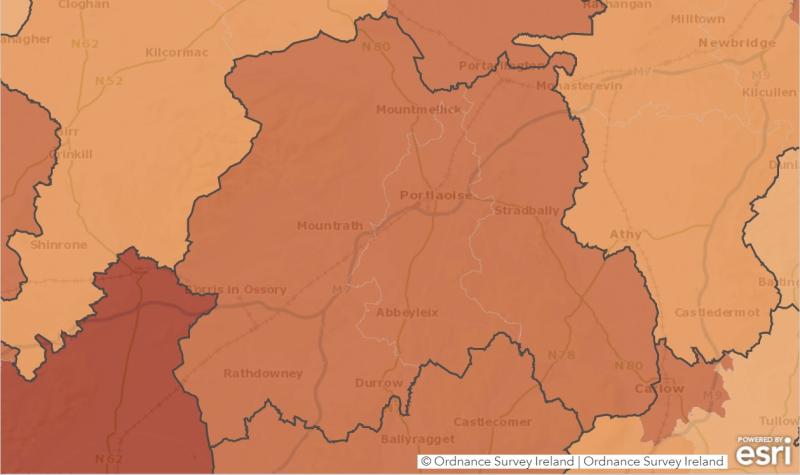 The incidence of Covid-19 in Laois has remained stubbornly above the national average in the most populated part of the county around Portlaoise and has risen in the area that includes Portarlington and Graiguecullen.

The latest Local Electoral Area (LEA)  breakdown on the Covid-19 Ireland data hub is based on figures in the 14 days from October 27 to November 9. It shows improvement in two of the county's three LEAs, particularly in Portlaoise.

It shows that the incidence of Covid-19 is highest in the Portlaoise LEA in the middle of the county. The area includes Abbeyleix, Ballyroan and Ballinakill.

There were 69 new cases during the two week period in the Portlaoise area. This gave a rate of infection of 217 per 100,000 population which was substantially higher than the national rate of 151.5 per 100k. It is also above the county rate reported.

The incidence in the area has fallen back from the previous reference period up to November 2 when the rate in Portlaoise was 267.3 per 100k population on the back of 85 new cases. The national rate was 228 per 100k at the time.

The total population of the Portlaoise local electoral area is 31,794 people with more than 20,000 living in the county town environs.

On the east in the Portarlington Graiguecullen area, the incidence of the disease rose in the past two weeks on the back of 40 new cases. The rate per 100k of the population is now 142.4.

While lower than Portlaoise and the national average, it is higher than the rate of 139.4 recorded in the 14 days to November 2 when there were 37 confirmed cases of Covid-19.

However, the latest rate is a big drop from the two weeks to October 26 when there were 96 cases. The incidence rate then was at 342 per 100k.

On the west side, the Mountmellick to Borris-in-Ossory LEA has had the lowest incidence throughout the second wave but the incidence has not fallen in the county in the two weeks covered.

The Health Protection Surveillance Centre (HSPC) reports that the county-wide incidence of the disease in the two weeks to November 9 was 152.3 per 100 k as a result of 129 cases. This was slightly above the national rate of 151.5.

Up to date figures published by the National Public Health Emergency Team reveals that the spread is slowly slowing in Laois but remains in the community. It is now 142.9 per 100k population on the back of 121 cases in the past two weeks. The national rate was 135.3 following 6,442 up to midnight November 11.

The sluggish suppression of the virus in Laois is confirmed by the latest data which also shows that Laois has a higher incidence than Kildare, Offaly, Carlow, Kilkenny and Tipperary which all border the county.

There have now been 922 cases in Laois since February. 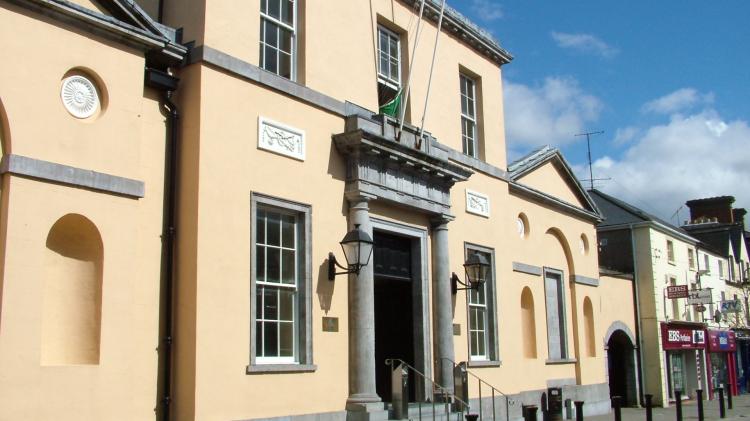