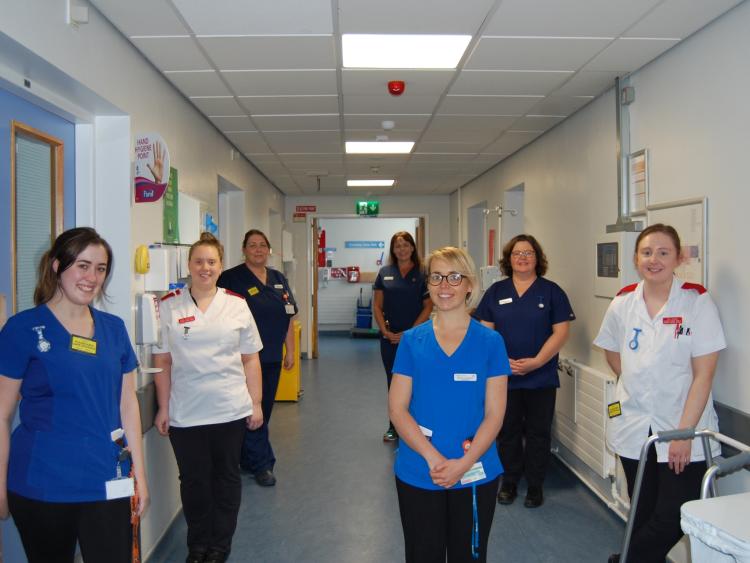 Portlaoise hospital is the only fully acute hospital in Ireland that did not have a Covid-19 patient by the end of the weekend, according to the latest HSE report.

The latest figures also confirm that the Midland Regional Hospital Portlaoise has now gone almost four days without having to admit anyone who has contracted the virus.

The Covid-19 Daily Operations Update for Acute Hospitals, finalised on Sunday, November 223 and published on Monday shows that there were no suspected cases in the hospital either by the end of the weekend.

The HSE report says that two hospitals for children and Navan hospital, which has no Emergency Department, were the only other hospitals that did not have a patient with the virus by 8 pm on Sunday.

Frontline staff at the Laois hospital experienced their first day without a Covid-19 patient in months last Thursday, November 20. They had patients with the virus every day since early September.

Sunday's figures from NPHET also showed that Laois now has the second-lowest incidence of any county in Ireland.

Portlaoise is part of the Dublin Midlands Hospital Group (DMHG) which includes hospitals in Kildare, Offaly and the capital.

Tallaght has 26 confirmed cases and eight suspected. St James' has 33 confirmed and 12 suspected.

While hospitals are generally not as busy as they had been earlier in the second wave, the number of Covid-19 cases in hospitals around Ireland rose over the weekend to 292. There were 74 suspected cases nationally. Of these two categories, 41 people were receiving critical care - 23 were ventilated. This is a slight decrease. There were no Covid-19 related death in ICU on Thursday.