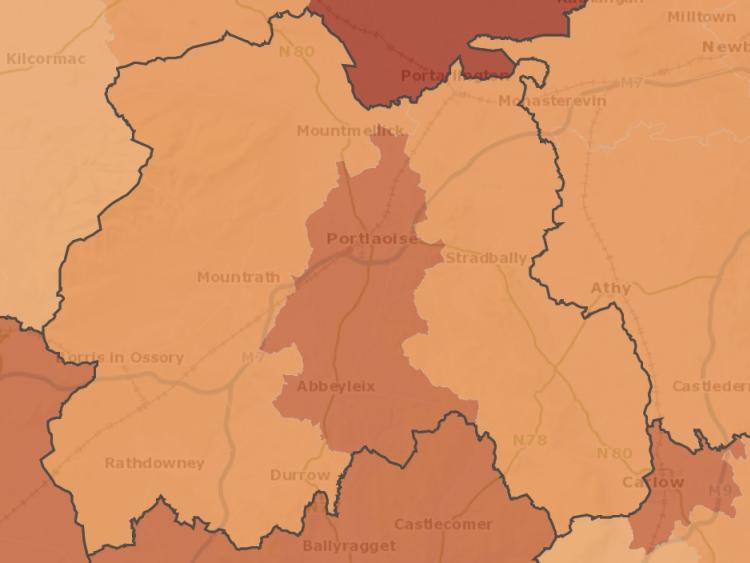 The incidence of Covid-19 has fallen back significant in each of the local electoral areas of Laois to half the national average.

The Local Electoral Area (LEA) breakdown which is updated weekly on the Covid-19 Ireland data hub is based on figures in the 14 days from November 10 to 23.

The incidence in the area has fallen back from the previous reference period up to November 16 when the rate in Portlaoise was 138.4 per 100k population on the back of 44 new cases. The national rate was 121.3 per 100k at the time.

The was also improvement in the Portarlington Graiguecullen area.

The Health Protection Surveillance Centre (HSPC) reports that the county-wide incidence of the disease in the two weeks to November 23 was 49.6 due to 42 newly confirmed cases. This put Laois at the second-lowest rate of infection in Ireland.

However, the up to date figures published by the National Public Health Emergency Team on Thursday, November 26 reveals that the incidence has increased slightly again in Laois.

There have now been 966 cases in Laois since February.