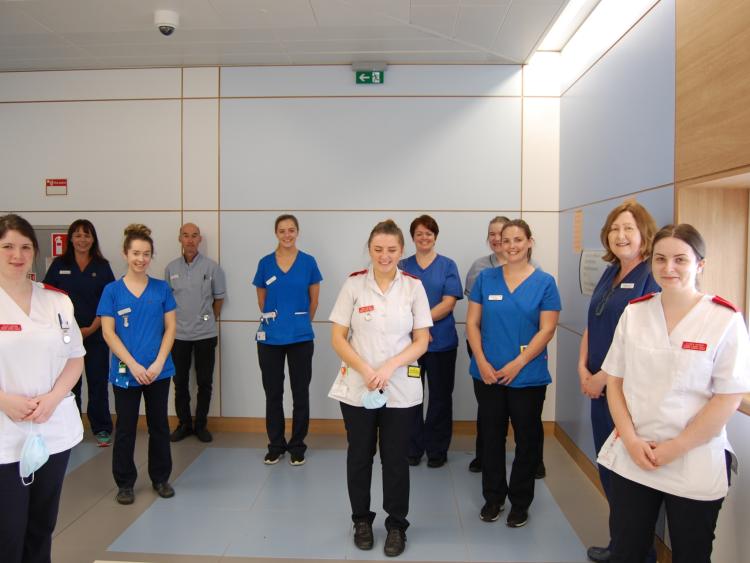 Representatives of student nurses and midwives in Portlaoise and other hospitals will engage with Government-proposed, independently verified reviews of their remuneration and conditions according to the Irish Nurses and Midwives Organisation.

The INMO says the two reviews, details of which were finalised this morning, were offered by the Minister for Health in response to an ongoing campaign.

It says the first review will focus on the immediate short term. The INMO says it will report back to the Minister for Health in December, for implementation in January.

The second will look at longer-term issues beyond the pandemic. It will be held in January and February, with a view to implementation in the next academic year, starting September 2021.

The INMO says feedback from student INMO members was cautiously in favour of “guarded engagement” with the independent reviews. A statement said the INMO and students say they will feed into the review and reserve a final judgement until the outcomes are published.

"They clearly have overwhelming public support. Over 70,000 people have pledged their support to students via a petition. It is clear that the public understands that valuing our student nurses and midwives means fair payments and conditions when working in the frontline during a pandemic.

“Our student members have rightly given a cautious response to the Minister’s proposed reviews. The rapid timeline for implementation is very welcome, but ultimately the reviews’ actual proposals will determine our student members’ response,” she said.