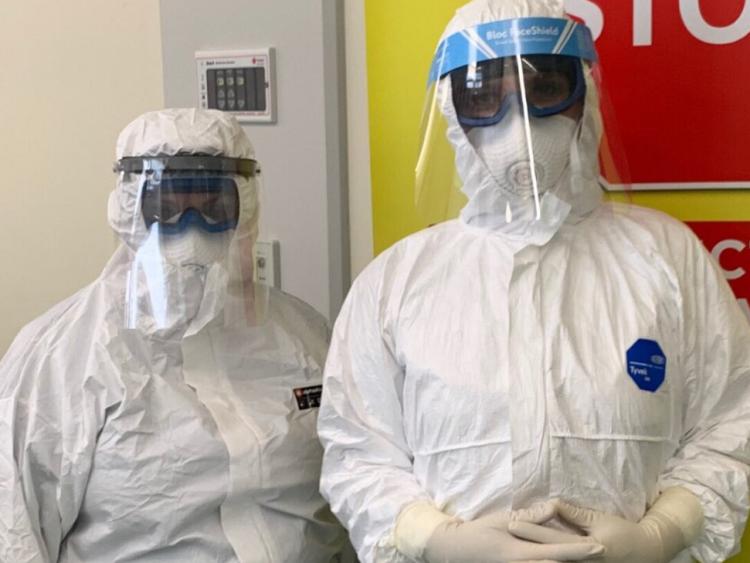 The number of people with Covid-19 at Portlaoise hospital has risen again with some critically ill as the number with the disease in hospitals across Ireland heads back toward first wave levels.

Portlaoise hospital's Frontline pandemic staff were treating eight patients by 8am on Sunday, January 3 according to the latest HSE Covid-19 Daily Operations Update for Acute Hospitals published on Monday.

Portlaoise staff spent Christmas Day caring for four patients but this rose to seven going into New Year's Day and has since increased again.

The report also shows that two of the eight patients are in the hospital's ICU having fallen critically ill due to infection. There were no suspect cases. The situation contrasts to several days in December when there were no patients with the disease in the Midland Regional Hospital Portlaoise.

Meanwhile, the hospital had just four general care beds but no ICU beds available. ICU beds are needed to treat patients who are critically ill with the virus.

The latest report shows that there were five confirmed cases at the Midland Regional Hospital Tullamore. The Offaly hospital had very view patients with the disease through December. There nine available general care beds and one available ICU bed in Tullamore.

There were 45 confirmed and nine suspected cases at Tallaght. The west Dublin hospital has 12 general beds and two ICU beds available.

St James's had 39 confirmed and 24 suspected cases on January 3. It has 11 general beds and three ICU beds available.

Nationally, there were 732 Covid-19 positive patients in hospitals on January 3 up from 297 patients on Christmas Day. There were 121 new admissions of confirmed cases in the previous 24 hours and 217 suspected cases by 8 pm Sunday.

There were 65 critically ill Covid-19 patients in ICU departments. Of these, more than half or 36, were ventilated. No patient lost their life to the disease in an ICU on Sunday. There were no suspected cases in any ICU Depararmtne which is a departure from previous reports.