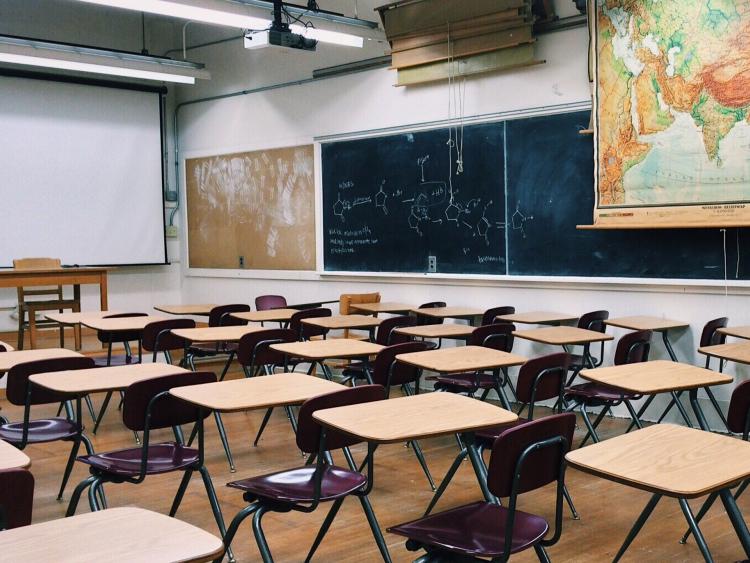 Classrooms emty in Laois when will they be full again?

The Minister for Education Norma Foley has confirmed an embarrassing u-turn by the Government on its controversial plan to send 60,000 Leaving students and teachers back to school next week.

The Government announced on Wednesday to close schools for the vast majority of students for a period of three weeks. but send Leaving Cert Students and teachers back for a three day week. Children with special needs were also being planed for attendance.

Just over a day later the plan has been pulled after teachers said they would not attend school to teach leaving certs due to the risks involved.

“It is with regret that I announce that, despite the confirmation by Public Health that schools remain safe, that children in special schools and special classes and Leaving Certificate students will not be extended in-person learning,” said Minister Foley.

“My Department has engaged with the unions and public health officials with a view to maintaining on site learning for this vulnerable group of students.

“It remains my strong belief that this period of time is crucial for the mental wellbeing of all children with special needs.

“I also felt it was the right thing to extend in-class teaching to our Leaving Certificate students who are approaching a crucial time in their exam year.

“Unfortunately I am left with no alternative but to pause the limited reopening on Monday to allow further engagement with all education stakeholders,” she said.

Teachers have said there was no consultation but a statement from her Minister Foley's department said there has been "continuous engagement with education partners" on this matter since Monday, building on weekly engagement between partners and public health throughout the school year.

The statement said the Department of Education officials met with education partners including trade unions, and school management bodies to discuss the safe provision of in-person learning to pupils in special classes and special schools and to Leaving Certificate students, and remote learning to other students from Monday 11 January.

The Department said this meeting was attended on behalf of Public Health by senior public health specialists.

It added that the meeting lasting over two hours Public Health provided their "reassurance" that it is safe for both students and staff to operate schools at this time utilising the preventative measures that are in place.

During that meeting, the Minister Department said that Public Health reiterated their belief that schools are safe environments.

The statement said that closing schools has hugely adverse consequences at the individual, family and societal level.

It added that for children, it impacts on wellbeing, learning, on social and emotional development.

In this context, the statement said that the Government decided to prioritise in-person teaching and learning for two specific cohorts; pupils/ students attending special schools and classes and final year Leaving Certificate students. It added that this decision was supported by the public health advice available to Government.

The statement said that NPHET and Public Health continue to hold the clear view that schools are safe places, as outlined in the letter to Government from the CMO, published on Thursday.

Secondary school teachers said, however, that they had now confidence that schools are safe. The ASTI directed its members to work from home in a statement.

"The ASTI says it has not been provided with a credible level of assurance by the Government that schools will be safe places next week.

"Following a meeting with representatives from the Department of Education on Wednesday, the ASTI said the union has no access to medical data demonstrating that schools are sufficiently safe for students and teachers at this time, in the context of the new variant and the alarmingly high numbers.

"The union said it is concerned that the Government’s decision has been made without full consideration of potential consequences to current public health objectives.

"The ASTI continues to engage with the Department of Education and public health officials today to discuss all the implications of the Government’s decision.

"Following this, ASTI Standing Committee will meet to discuss developments," it said.