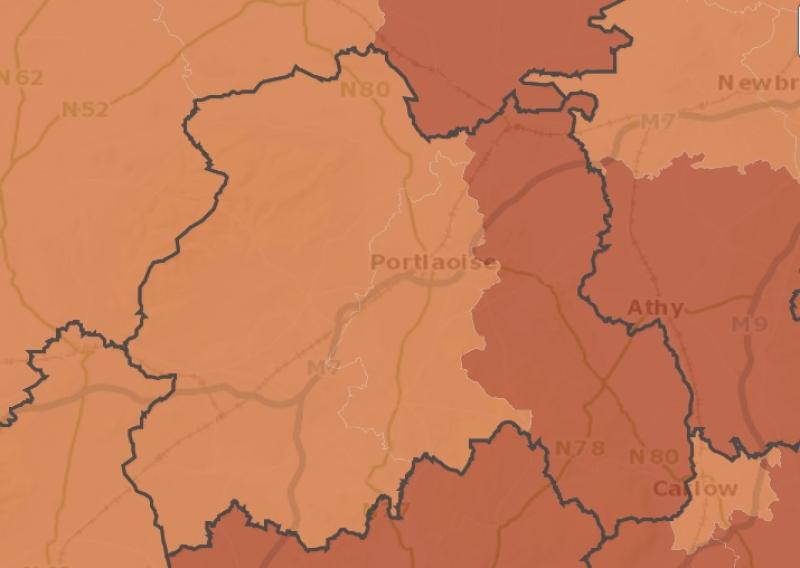 Covid-19 spread rapidly in all parts of Laois during the Christmas New Year period with a four-fold increase showing in the Portarlington Graiguecullen, a more than doubling in the south and west of the county while the slowest rate of growth has occurred in Portlaoise.

The latest Local Electoral Area (LEA) published on January 8 breakdown on the Covid-19 Ireland data hub covers December 22 to January 4. They show that east and north of the county now has one of the highest spread of the disease nationally and is well above the average.

The situation is significantly worse in Portarlington Graiguecullen LEA. There were 224 confirmed cases in the two weeks to January 4. This compares to 81 in the 14 days to December 28 when the incidence 288.3 was per 100k. The incidence has now surged to 797.3 per 100 k.

The area borders the Edenderry LEA in Offaly which takes in part of Portarlington and includes villages in the hinterland of the border town. It had 124 new cases to January 4 which gave a rate of 531.6 per 100k population.

It also borders Carlow town in the Graiguecullen area. The Muinebeag LEA in Carlow takes in Carlow town. It had 83 new cases over Christmas and New Year which gives a rate of 531 per 100k.

The Athy LEA in Kildare also borders the Port Graigue area. It had 132 new confirmed cases in giving rate per 100k population of 497.3.

The situation has also deteriorated in the west and south of Laois - the Mountmellick to Borris-in-Ossory LEA. The past two weeks have marked one of its worst weeks with the virus which has been the least impacted of the Laois LEAs.

While all areas of Laois have risen above the second wave levels, the Borris - Mountmellick area has shown the biggest increase on the peak experienced in September and October.

The Laois incidence was just 55.5 per 100 k on November 30 which was the last day of the October to November Level 5 restrictions. Just 45 new cases were reported in the two weeks to November 30.

Up to date figures published NPHET up to midnight, January 5 show that the Republic's overall incidence rate has risen to 936.4 per 100 k population on the back of 44,590 since Christmas Eve. 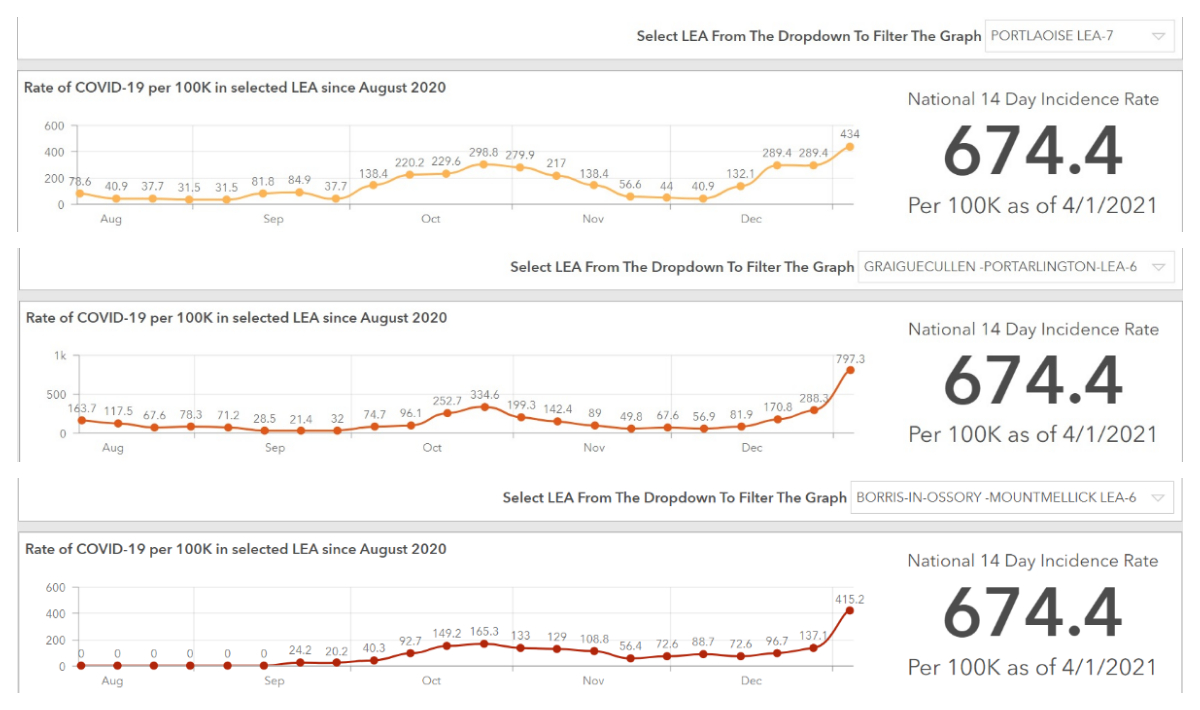