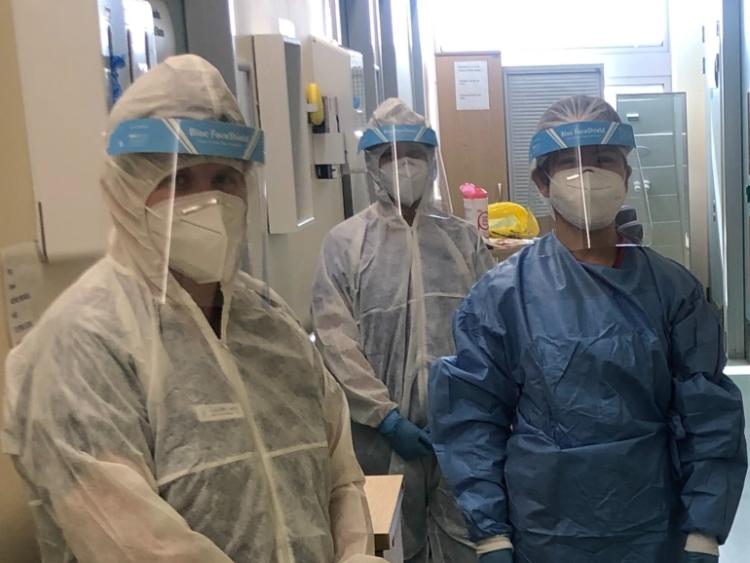 Covid-19 pressure on staff at Portlaoise hospital has risen again with confirmation that the number of cases has increased and the number of critically ill patients is also up.

Frontline pandemic staff at the Midland Regional Hospital Portlaoise were caring for 21 patients according to the latest HSE Covid-19 Daily Operations Update for Acute Hospitals.

The report also reveals that just one hospital in the Dublin Midland Hospital Group, of which Portlaoise is part, had available ICU beds. The HSE also reveals that there were 328 patients with the virus at hospitals in Laois, Offaly, Kildare and Dublin.

As of 8 pm on Monday, January 11 there were also six people who were critically ill with the virus at the Laois hospital's ICU department. There were no suspected cases according to the report published on Tuesday.

The number of Covid-19 case rose to 19 last week but fell back to 16 on Sunday. The latest figure marks an increase of five cases in 24 hours.

The numbers in ICU appear to reflect an increase in capacity due to the reconfiguration of services across all hospitals to cope with the surge in admissions caused by the third wave. Non-urgent activity has been suspended at Portlaoise and other hospitals. ICU is essential for treating patients who have fallen critically ill after contracting the virus.

Portlaoise had no Covid-19 patients on December 1 which was the first day of the lifting of the October to November 30 Level 5 restrictions.

The Laois hospital had 15 general beds on Monday night but no ICU beds going into Tuesday as the Covid-19 admissions rose.

Non-essential services were suspended at the Laois hospital to allow staff to cope with the third wave surge. There was good news for staff and patients with the rollout of the staff vaccination programme.

The rise in admissions to Portlaoise hospital comes in the context of 772 new confirmed Covid-19 cases in Laois in the two weeks up to December 10. There have also been six deaths in the county including for following an outbreak at the Droimnín Nursing Home in Stradbally.

The latest report shows that there were 33 confirmed cases at the Midland Regional Hospital Tullamore with 11 admitted in the previous 24 hours. The Offaly hospital had no suspect cases. There were three critically ill patients. There were 3 available general care beds but no available ICU beds in Tullamore.

Naas General Hospital had 14 confirmed cases and three suspected cases. There was on admissions in the previous 24 hours. The Kildare hospital had 11 general care beds but no ICU bed available. It had one critically ill patient in ICU.

There were 72 confirmed and four suspected cases at Tallaght on Monday night.  The west Dublin hospital had 10 general beds but no ICU beds available. Ten confirmed or suspected Covid patients were critically ill in ICU.

St James's had 98 confirmed and 83 suspected cases by 8 pm January 9. It had 32 general beds and nine ICU beds available going into Tuesday. There were 14 confirmed Covid cases in its ICU.

Nationally, there were 1,620 Covid-19 positive patients and 196 suspected in hospitals on the night of January 9. A total of 197 people had been admitted in the previous 24 hours.