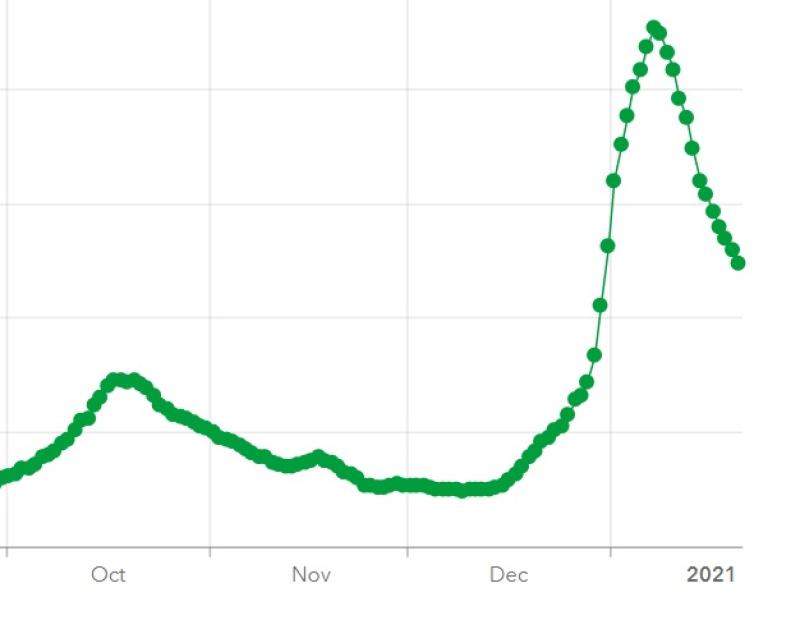 The rate at which people are testinging positive for Covid-19 has dropped by 10% since the peak of the third wave but remains high, according to official figures.

The Covid-19 data hub figures show that approaching a quarter of the thousands of tests being processed in early January were coming back positive for the virus. While the positive test results are falling, the date also shows that the current rate at which the disease is found to be present in swabs is almost double the pandemic average for Ireland.

It is also much higher than the second wave peak of just 7.3% and on a par with a rate in the first wave when the virus spread was falling in late April 2020.

The seven-day positivity rate peaked at 22.7% on January 7. This was slightly less than the rate returned during the first wave when 23.2% of tests completed showed the presence of the virus on March 4. However, far fewer tests were being completed at the time.

The third wave infection rate has dropped consistently since the end of the first week of 2020. Nearly two weeks later on January 20 it is now 12.4% - nearly a month since the first of the latest Covid-19 restrictions were imposed. Pubs were ordered to shut on Christmas Eve when the positivity rate was 5.3% of tests processed.

Approaching 2.9 million tests have been processed during the pandemic in Ireland. The current positivity rate is double the pandemic average of 6.5%. The rate was driven up by about 2% due to the third wave.

The figures show that the third wave had its origins in the first half of December after the October to December to Level 5 restrictions were lifted.