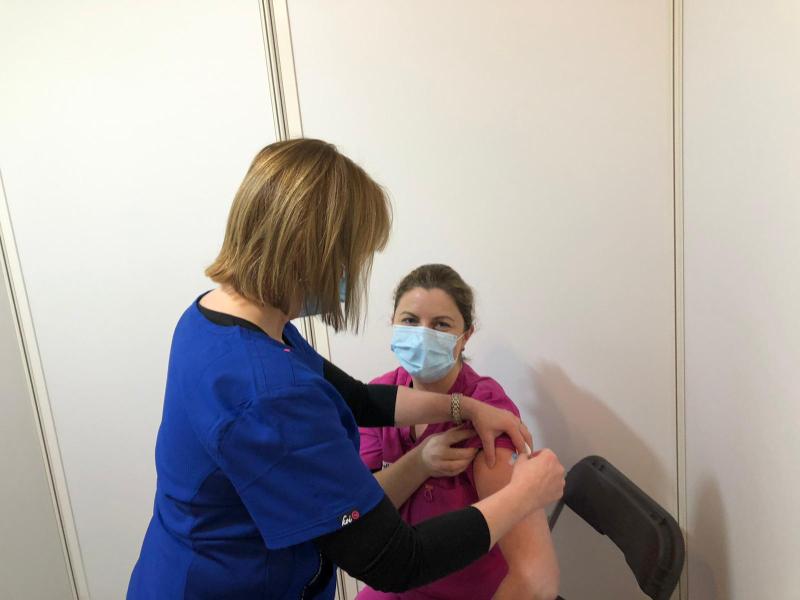 Ireland's Covid-19 mass vaccination plans have been dealt a big setback due to supply problems with a vaccine to to be cleared for use this week, the Taoiseach Micheal Martin has confirmed.

Ireland was depending on the Astra Zeneca Oxford vaccine to immunise most people starting with the over 70s living in the community.

Pharmacists and GPs were lined up to start by at least March and the Government had indicated that advance supplies would be shipped to surgeries and pharmacies so that work could begin.

However, problems with supply have thrown a big spanner in the works.

AstraZeneca said in a statement that if EU approval is granted, the "initial volumes will be lower than anticipated", although the start would not be delayed.

The Taoiseach has admitted that this will cause problems.

Speaking on RTÉ's Brendan O'Connor programme, Micheál Martin said they were waiting on this vaccine and that its delay will "put us in a problem".

"AstraZeneca was going to be the catalyst to be allowed to move from low level to mass vaccination," he said.

Mr Martin said the Government's objective to be at the point of mass vaccination by the end of quarter two. He said April, May and June are key months in terms of vaccination roll-out.

Ireland is ordering vaccines under an EU deal. Just two vaccines are in use but both are not as suitable for mass vaccination as the AstraZeneca Oxford British vaccine which can be stored in a regular fridge.