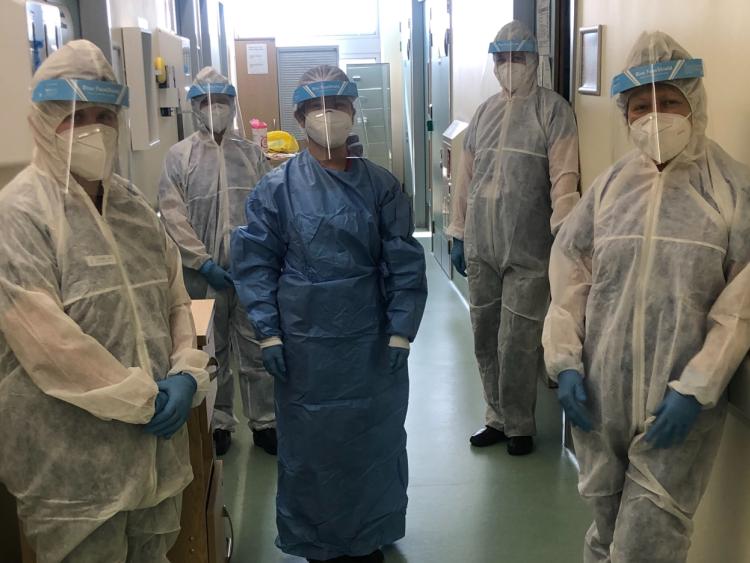 Portlaoise hospital Frontline staff are continuing the fight to save the lives of critically ill Covid-19 patients but the number of new admissions has steadied, latest figures from the HSE show.

The latest data also shows that bed numbers have again dipped to dangerously depleted at Portlaoise and its sister hospitals in Dublin, Kildare and Offaly.

Staff at the Midland Regional Hospital Portlaoise were now treating six very ill people in the hospitals Intensive Care and High Dependency Units with the virus by 8 pm on Wednesday, January 28. This is down by one on the weekend.

The HSE report, which was published on Thursday, shows that there were a total of 23 people ill with the virus at the Laois hospital - including the six critically ill patients. There was one new Covid admission on Wednesday.

There was no suspected case in the hospital nor were there any new admissions on Sunday according to the report.

The figure is published in the latest HSE Covid-19 Daily Operations Update for Acute Hospitals.

There were seven general beds and but no ICU bed at the hospital Wednesday evening.

Portlaoise is part of the Dublin Midlands Hospital Group which includes hospitals in Laois, Offaly, Kildare and the capital. All continue to be stretched by the third wave.

The report shows that there continues to have 53 confirmed cases at the Midland Regional Hospital Tullamore. The Offaly hospital had one suspect cases of the virus. Staff were treating five critically ill patients who had tested positive. There were four new admissions on Wednesday.

The bed situation has disimproved. The Offaly hospital had no available general care beds and no ICU bed on Wednesday evening.

Naas General Hospital had 29 confirmed cases and seven suspected cases on Wednesday night. Two people were admitted with the virus in the previous 24 hours. The Kildare hospital had 12 general care beds and ICU bed available. It had two critically ill patients in ICU.

There were 92 confirmed and three suspected cases at Tallaght on Wednesday night.  The west Dublin hospital had 14 general beds but no ICU bed available. Twelve Covid patients were critically ill in ICU - 10 confirmed two suspected cases.

St James's had 82 confirmed and 75 suspected cases by 8 pm January 28. It had eight general beds but just one ICU bed available going into Thursday. There were 19 confirmed and one suspected Covid patients in its ICU.

Nationally, there were 1,689  people in hospitals by the end Wednesday which is down from nearly 2,000 at the weekend with Covid-19. However, there were 199 suspected in hospitals with 96 admitted in the previous 24 hours.

The figures also show that 222 people were in ICU departments (215 confirmed, 7 suspected). Wednesday's figures were down slightly on the past weekend. Of these, 141 were ventilated (135 confirmed, 6 suspected). This is up slightly at the weekend. The report does not include other non-ICU patients who are quite ill on the wards.