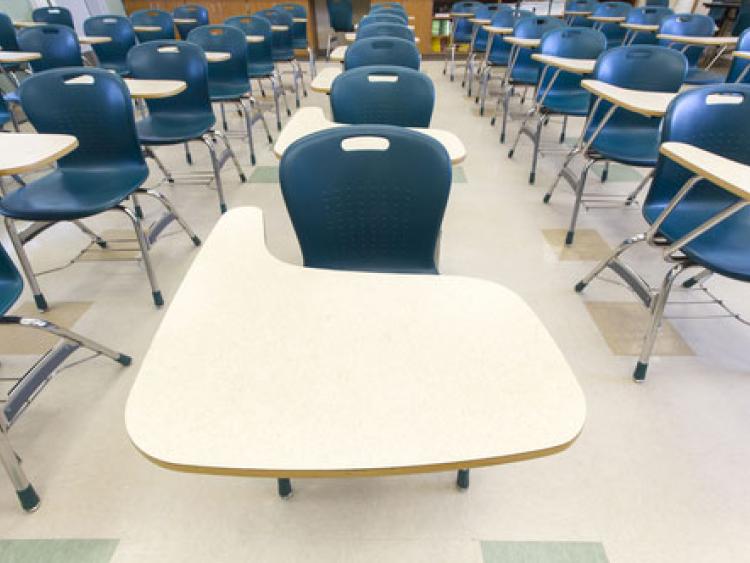 Special needs education has been hit badly by Covid-19

Following two failed attempt by the Government to reopen schools, the Irish Nation Teachers Organisations (INTO) says that over the last two weeks, the INTO has participated in intensive engagement with the Department of Education and Fórsa. It says the Central Executive Committee of INTO has considered detailed proposals on a slow, phased and partial resumption of special education from mid-February.

The union says its CEC has always insisted that additional supports, safeguards and risk-mitigation measures be put in place prior to any phased-reopening of special education facilities during the current government restrictions. The CEC felt that it would be imperative that schools be given adequate notice and time to plan for the resumption of school-based activity. Furthermore, INTO says it understands that detailed documentation will issue to schools tomorrow.

The INTO says this resumption will commence with the partial reopening of special schools, where there may be a maximum of 50% of pupils attending on alternate days and shortly thereafter include special education classes in mainstream schools in a similar approach.

The INTO says it has always insisted that any decision related to our schools, during this pandemic, must be led by definitive up to date public health advice. It says that clear advice has now been provided by our public health authorities that this limited and partial reopening, along the terms, agreed with this union, will not give rise to an increase in school-based or community transmission.

The union adds that following the significant decrease in the 14 day average of infection rates since mid-January and the much lower reproduction rate of the virus NPHET further project that the public health landscape is expected to continue improving and will have improved considerably at the commencement of this interim plan.

Teachers representatives say that detailed plans, which the INTO and Fórsa have scrutinised, will be circulated to schools tomorrow, Tuesday, January 2.

The INTO says they will include detailed information on the steps which need to be taken for the planned resumption of in-school support for pupils with special educational needs. We have jointly insisted that boards of management must be given adequate notice, guidance and time to plan for this phased reopening and to liaise with parents of children with special educational needs.

Ahead of detailed guidance being issued tomorrow, the INTO can this evening confirm that, following engagement with the Department of Education, they have secured a suite of necessary additional supports for special education facilities.

While the INTO says it will continue to engage with the Department of Education on the limited reopening of special education provision, planning will also get underway for the wider reopening of our schools.

“Two guiding principles have led our engagement with Government throughout this long crisis – that decisions must be underpinned by up to date public health advice and that the safety of our members is paramount. The protocols and plans set out by the Department of Education offer a proportionate and limited reopening of special education provision, led by public health advice.

"They provide critical protections for our members and deliver a carefully planned, phased return to the classroom for our most vulnerable pupils and their teachers. We will continue to monitor the situation on the ground closely both ahead of the reopening and thereafter, to ensure that the weekly testing and tracing reports back up NPHET’s conclusions.

"Over the last number of weeks we have seen politicians and media pundits alike seek to pit teachers against children with special educational needs, having never before spoken up for investment in special education. The people of Ireland saw through this transparent attack on a 150-year old union that has championed the rights of pupils with pride.

"Over the coming weeks, our attention will turn to the general reopening of all primary schools. Against an improving public health landscape, we believe this is possible. However, the power to make this happen rests with each and every one of us. We must all do what we can to limit our movements and abide by the current restrictions. By working closely  together classroom learning can resume in safer schools," " she concluded.