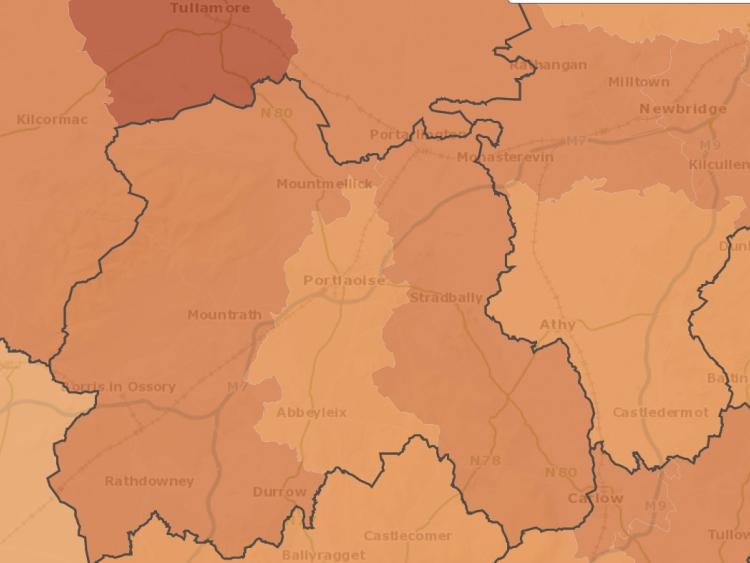 The likelihood of more people dying from Covid-19 is raised in the latest figures which show suppression has waned in Laois with the number of cases and incidence rising sharply in two of the country's three districts.

Suppression has been revered in two districts which have jumped ahead of the national incidence following a significant spike in cases. However, there is positive news in the Portlaoise area.

The decline in new cases means the latest incidence remains high but has fallen substantially to 239 per 100,000 population from 371.1 per 100 k. The Portlaoise LEA incidence has also fallen below the national average incidence of 269.3 per 100k in the two weeks to February 15.

Things are not so rosy in the county's two other electoral districts where there have been sharp reversals in progress made during the latest lockdown.

Part of the district borders the Tullamore LEA in Offaly which has emerged as a hotspot for the virus. It recorded 157 new cases up to February 15 giving an LEA rate per 100k pop of 538.4 which is nearly double the national average.

The virus has also been revived in the west and south of Laois which has had the lowest incidence of the disease throughout the pandemic.

Health Protection Surveillance Centre figures for all of Laois from February 2 to 15 for all of Laois shows that 241 new cases were notified giving a 14-day incidence of 284.5  per 100k. The five-day daily average for new cases was 16 across the county.

It is a marginal improvement on the period from January 26 to February 8 when 243 new cases across the county giving a 14-day incidence of 286.9 per 100k population. It said the average number of new cases daily was 16.

Up to date figures published by NPHET up to midnight, February 17 are not good news for Laois.

It now has the fifth-highest incidence of the disease in the country at 303.4 per 100 k due to 257 new cases in the previous two weeks. The five-day moving average has increased to 17.

Laois now has an incidence which is well above the national incidence of 252.9 per 100 k.