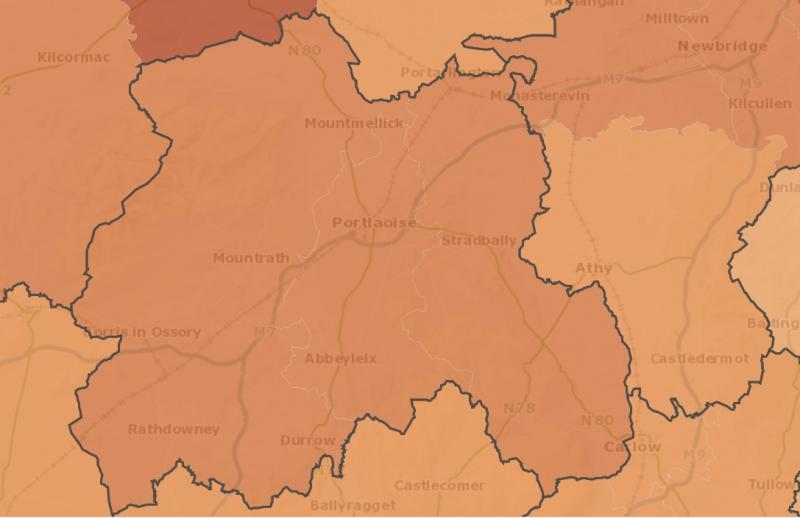 The revival of Covid-19 continues in Laois with the latest figures show suppression has waned further and all three electoral districts showing above-average incidences of the disease.

The other two districts in Laois were above average for when the LEA incidence was last measured in Ireland.

The growth in cases means the incidence is 398.6 per 100k which is up from 388 per 100 k. The incidence has now returned to a level recorded in the second half of January when the third wave was surging.

Part of the district borders the Tullamore LEA in Offaly which has emerged as a hotspot for the virus.

Nevertheless, like the other two districts in Laois, the south and west of the county has an incidence above the national average.

Health Protection Surveillance Centre figures for all of Laois from February 9-22 to 15 for all of Laois shows that 250 new cases were notified giving a 14-day incidence of 295.2  per 100k. The five-day daily average for new cases was 15 across the county.

Up to date figures published by NPHET up to midnight, February 24 reveal some improvement. The incidence of 278.6 per 100 k due to 236 new cases in the previous two weeks. There were just nine new cases on February 24 which helped push down the five-day moving average has increased to 13.