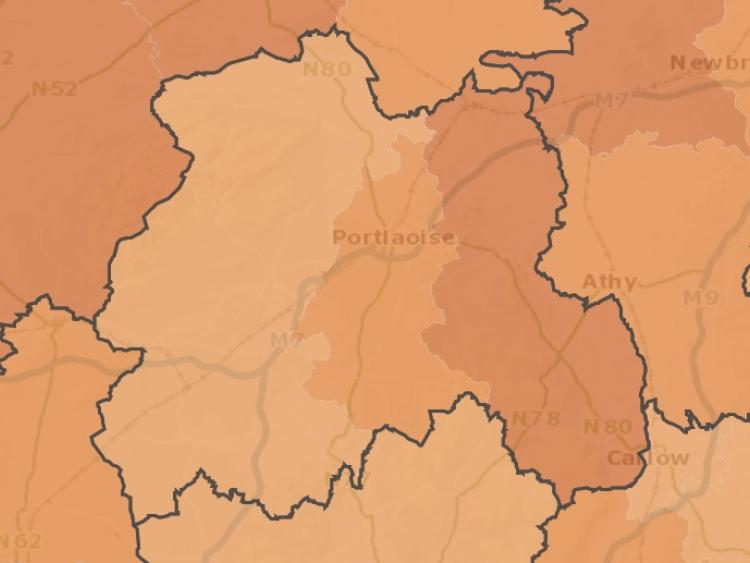 The incidence of Covid-19 differs significantly between the west and east of Laois while the incidence of the disease is just below the national average in the Portlaoise area, according to the latest official figures.

The latest Local Electoral Area (LEA) breakdown published on March 9 on the Covid-19 Ireland data hub covers the 14 days from February 23 to March 8.

The Datahub figures show that there were 51 new cases in Portlaoise in the 14 days covered by the latest data.f

The latest figures from the Portarlington Graiguecullen district show that there were 74 new cases to March 8 compared to 97 cases in the two weeks to March 1.

While the incidence has fallen to 263.4 per 100k to 345.2 per 100k, the district continues to have a higher than average incidence. It is also the worst-hit part of Laois.

Latest figures from the Mountmellick to Borris-in-Ossory LEA show more improvement. There were 18 new cases in the 14 days to March 8 compared to 31 cases to March 1. The latest incidence has fallen to 72.6 per 100k.

Health Protection Surveillance Centre figures for all of Laois in the 14 days to March 8 show that a total of 133 new cases were confirmed giving an incidence of 157 per 100,000 on a daily case number of six a day.

Up to date figures published by NPHET up to midnight, March 12 reveal more improvement in Laois. The incidence of 103.9 per 100 k due to 88 new cases in the previous two weeks. There were less than five new Laois cases on March 12 which meant the five-day moving average has dropped to four a day.