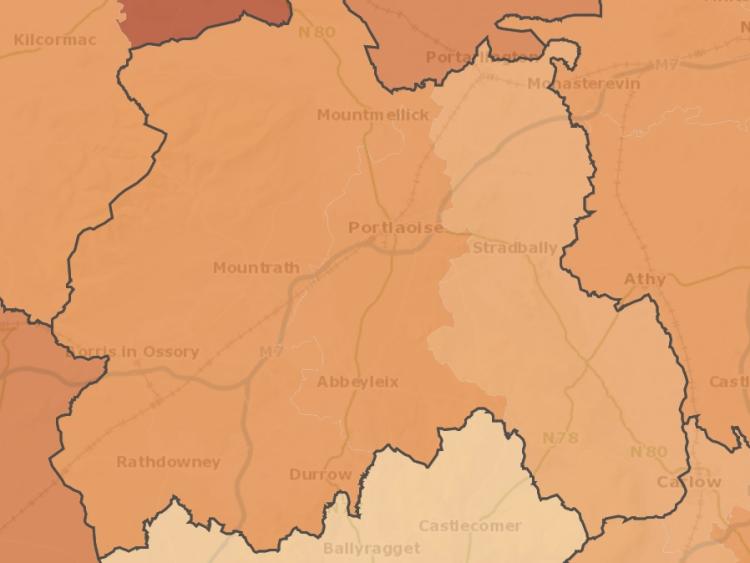 The incidence of Covid-19 is going in the wrong direction in Laois with the area that has had the best suppression success showing a doubling of cases, according to the latest official figures.

The latest Local Electoral Area (LEA) breakdown published on March 25 on the Covid-19 Ireland data hub covers the 14 days from March 9 to 22. It reveals a reversal in the progress made in two of the three areas of Laois.

The latest incidence has also almost doubled to 129 per 100 k. This follows several weeks of falling incidence in the west and south of the county.

Health Protection Surveillance Centre figures for all of Laois in the 14 days to March 22 show that there were 84 newly confirmed cases. This contrasts with 73 new cases confirmed in the two weeks to March 15. The incidence had risen to 99.2 per 100 k while the five-day daily average for new cases has tripled to nine new cases a day on average across the county.

Up to date figures published by NPHET up to midnight, March 25 shows the situation has worsened across Laois. The incidence has risen to 129.9 per 100 k due to 110 new cases in the previous two weeks. The five-day moving average has jumped to 15 a day or a fivefold rise from the low point average of three a day recorded on March 15.

Neighbouring Offaly has the highest incidence in the country 352 cases in the past two weeks giving an incidence rate of
451.5 per 100 k over two weeks. The five-day average is 30 new cases a day in Offaly.