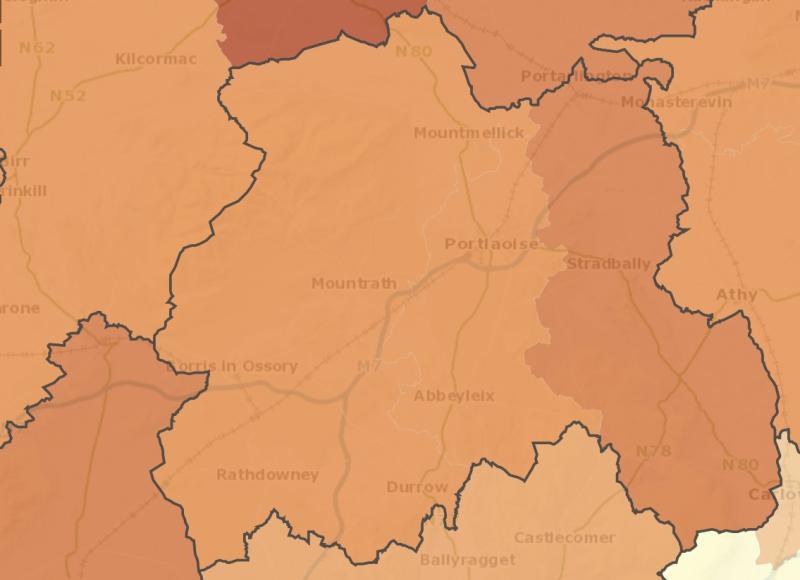 The incidence of Covid-19 has worsened in the most populated parts of Laois, according to the latest official figures published on each local electoral area in Ireland.

The Portlaoise situation went in the opposite direction to the national incidence which had fallen to 157.1 per 100 k in the two weeks to April 5.

The latest figures from the Portarlington Graiguecullen show 83 cases compared 56 people testing positive up to April 5. This means the incidence has jumped from to 295.4 per 100k.

The latest figures from the Mountmellick to Borris-in-Ossory LEA show that 34 people tested positive. The latest incidence has dropped to 137.1 from 145.1 per 100 k.

Health Protection Surveillance Centre figures for all of Laois in the 14 days to April 5 show that there were 207 new cases. This compares with 159 newly confirmed cases to March 29. This gave an incidence of 244.4 per 100 k and 16 new cases on average each day over five days.

Up to date figures published by NPHET up to midnight, April 8 shows an improving situation. The incidence has risen to 231.4 per 100 k due to 196 new cases in the previous two weeks. The five-day moving average is nine new detections a day.