Laois has the second lowest incidence of Covid-19 in Ireland

Portlaoise area has the highest incidence 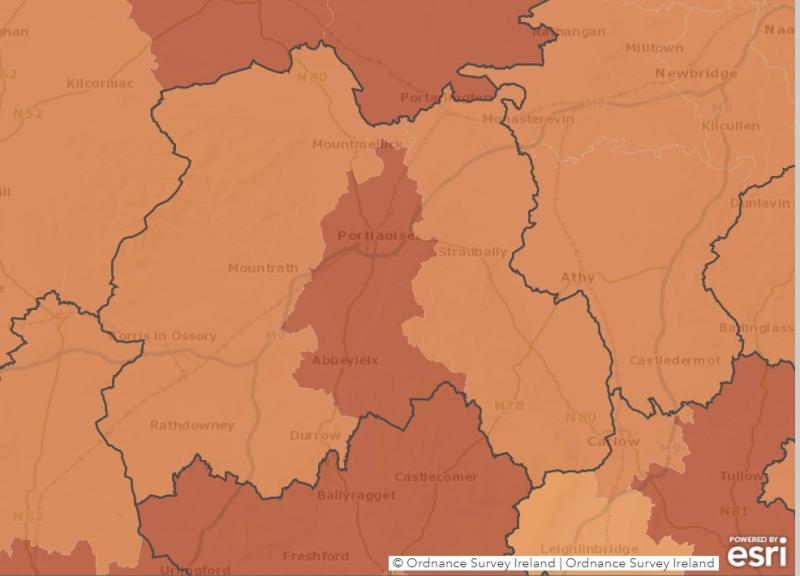 The Covid-19 Delta variant spread in Laois has slowed further with the county having the second lowest incidence of the disease in Ireland.

However, the incidence remains high in the counties three electoral areas with Portlaoise continues to have the highest incidence of the disease in the county.

The latest Local Electoral Area (LEA) figures, published on September 2 on the Covid-19 Ireland data hub, covers the period from August 17 to August 30

The latest figures from the Portarlington Graiguecullen LEA also show a decline in spread. There were 81 new cases in the second half of the month giving an incidence of 288.3 per 100k.

The situation has improved moderately in the Mountmellick / Borris-in-Ossory LEA which is the least densely populated part of Laois. There were 83 new cases in in the fortnight to August 30 giving an incidence of 334.6 per 100k.

The Health Protection Surveillance Centre tracks the spread of the disease for NPHET. Figures up to start of August revealed that while the incidence was high, the situation in Laois was improving. At one point in July Laois had the second highest level of the disease out of the 26 counties.

Latest figures published by the HPSC to midnight September 1 show that Laois has the second lowest incidence of Covid-19 in Ireland.

There were 107 new cases in the last week of August which represents just over a third of the two week total.

The seven day incidence was 126.3 per 100 k. Just 15 cases are being confirmed each day on a five day average.

A total of 12,169 were reported around Ireland in the final two weeks of August just under half of these were confirmed in the final seven days of the month.

Monaghan has the highest incidence in the country with nearly 1,000 cases confirmed in just two weeks.