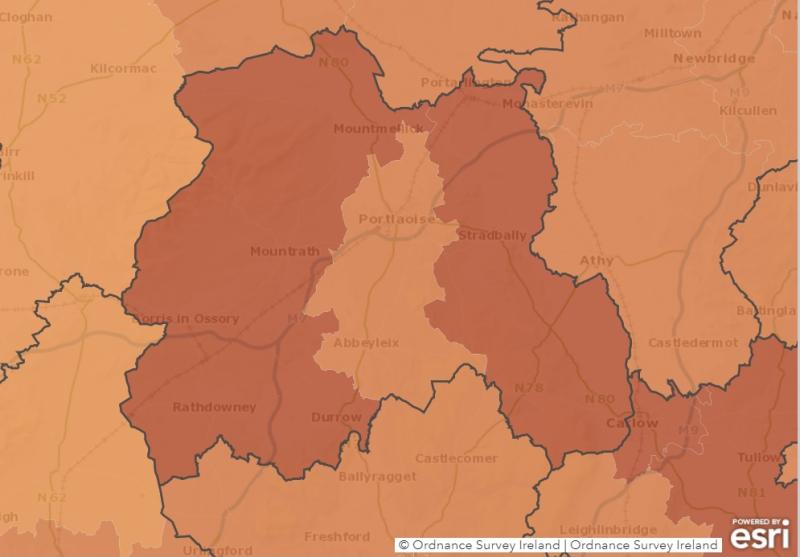 The Covid-19 Delta variant spread in Laois has risen again and is worsening with the least populated part of the county showing the highest incidence of the virus.

The latest Local Electoral Area (LEA) figures, published on October 14 show that the virus spread in Laois has spiked again. At the start of September the Covid-19 Ireland data hub, showed that Laois had the second lowest incidence of any county in Ireland. The latest figures for the two weeks to October 11 show that the county has the eight highest rate.

The rise is being driven by the Borris-in-Ossory Mountmellick Municipal district and the Portarlington Graiguecullen Municipal District. Both have incidence rates that are amongs the highest in the country. The Portlaoise District's incidence was below the national average between September 28 and October 11.

The latest figures from the Portarlington Graiguecullen LEA also show that there were 147 new cases in the second half of the month giving an incidence of 523.2 per 100k.

The situation most acute in the Mountmellick / Borris-in-Ossory LEA which is the least densely populated part of Laois. There were 125 new cases in in the fortnight to October 11 giving an incidence of 503.9 per 100k.

The Laois seven and 14 day incidences are above the national averages. There are 35 new cases a day on average over five days in Laois.

The HPSC report also shows that Laois has the eight worst record of Covid-19 containment. Offaly has the best rate in Ireland by October 17.

Nightclubs reopen but mixed news on restrictions for pubs