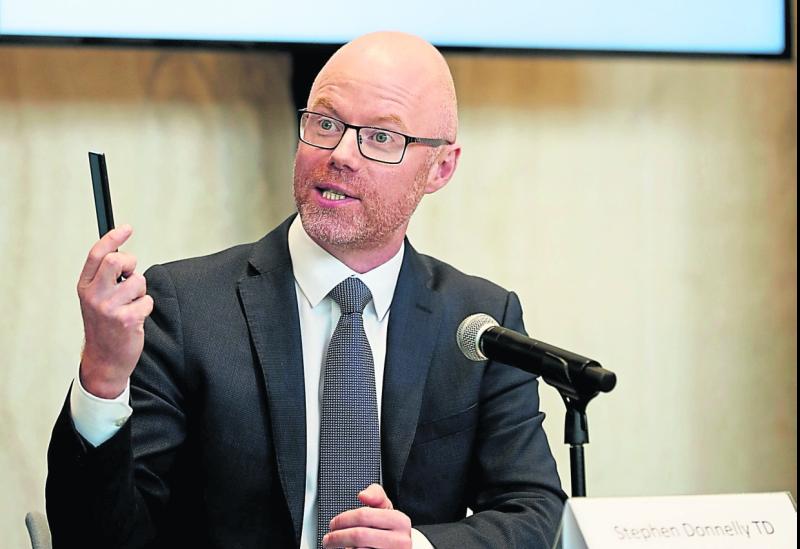 Minister for Health, Stephen Donnelly at a Nphet briefing

Ireland's Minister for Health Stephen Donnelly is 'deeply concerned' about the emergence of a new variant of Covid-19 which has emerged in Africa, according to the Department of Health.

The Department issued a statement late on Thursday, November 26 as reports being to emerge. It said that in recent days, it has been monitoring the emergence of a new variant (B.1.1.529), of SARS-CoV-2, the virus that causes COVID-19. This variant has been identified in a number of countries in southern Africa and in Hong Kong.

It said the World Health Organisation (WHO) is meeting on Friday to further assess the significance of this variant. The WHO has not yet designated this variant as a variant of concern.

The Department added that the European Centre for Disease Control has reported that it continues to monitor all emerging evidence in relation to this variant.

The Department said it is aware of measures taken by the Government of the United Kingdom including the suspension of flights from a number of African countries.

While no cases of this variant have been reported in Europe to date the statement added "the Minister for Health is deeply concerned".

The Department of Health says it has been in contact with colleagues in Northern Ireland and we will continue to liaise with UK authorities.

The statement added that the Department’s advice to the Minister will continue to be informed by relevant guidance emanating from the ECDC and the WHO.

There are concerns that the virus is highly infectious and can bypass vaccine protection and immunity due to the heavy mutations.