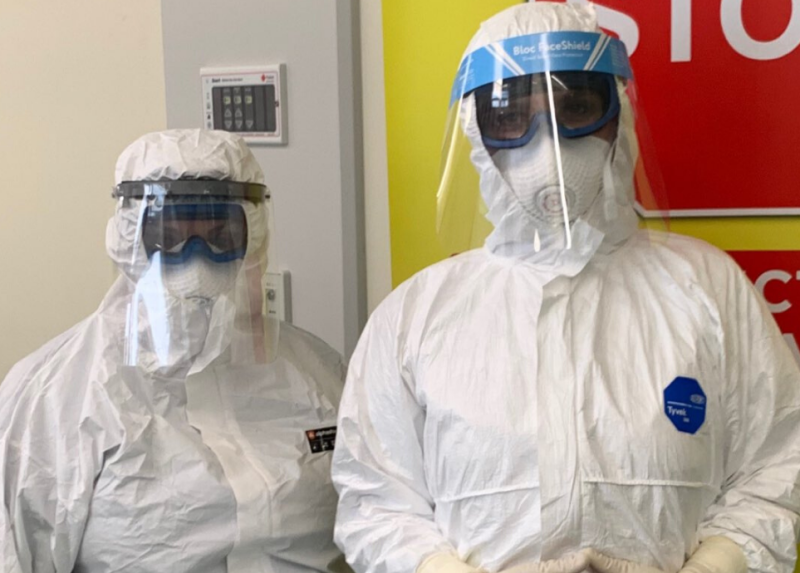 Surging Covid-19 is putting huge pressure on frontline staff at Portlaoise hospital where numbers with the virus doubled in the past week.

The latest wave of the virus is also stretching bed capacity at the Portlaoise hospital with trollies deployed to cope with the influx.

There were 19 people with Covid-19 in the Midland Regional Hospital Portlaoise on Sunday night, March 27. Of these, three were critically ill in ICU. Five patients were admitted in the 24 hours to 8pm on Sunday

The spike in cases is revealed by the fact that there were nine cases in the hospital just five days earlier on March 22.

The pressure to find beds for people with Covid-19 and other illnesses is revealed in the bed numbers. There were just two general beds in the hospital but no ICU beds available.

Nurses reported that there were nine people on trollies on Monday morning.

The figures are also high in Portlaoise's sister hospitals which are used by many Laois people.

There were 51 people with Covid-19 in the Tullamore hospital. Of these one patient was in ICU. The Offaly hospital had four general beds and one ICU bed available on Sunday morning.

There were 55 people with Covid-19 in Naas General. None of these were critically ill. There were  two general beds available but no ICU beds free on Sunday morning.