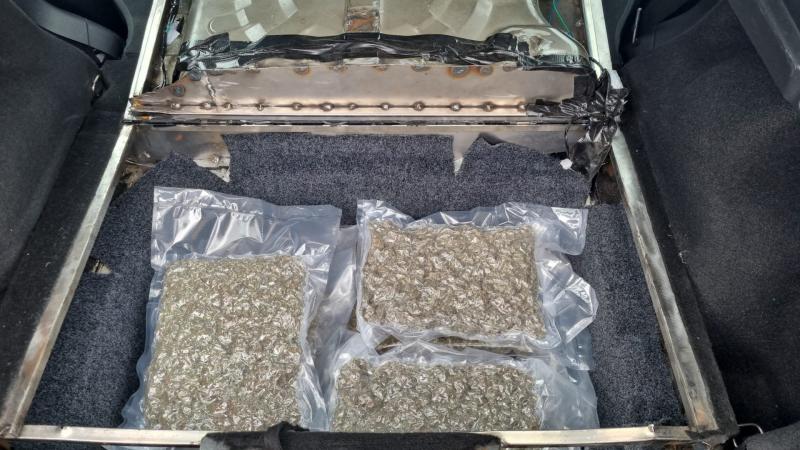 Gardaí have seized approximately €300,000 of suspected cannabis and arrested two persons following a number of searches conducted in counties Tipperary and Carlow as part of Operation Tara on Saturday, 6th August, 2022.

At approximately 10:50am, as a result of ongoing investigations into the activities of an organised crime group by Gardaí in the Eastern Region and in County Tipperary, Gardaí at Nenagh intercepted a vehicle on the M7 Motorway at Lisatunny.

During the course of a search of this vehicle, approximately €100,000 of suspected cannabis was located within a concealed compartment in the boot and seized by Gardaí.

The two male occupants of the car were arrested.

During the course of a follow-up operation at a residence on the Tullow Road in County Carlow at approximately 3pm, Gardaí conducted a search of a vehicle on the property and approximately €200,000 of suspected cannabis was located within a concealed compartment and seized.

All of the drugs seized will be sent to Forensic Science Ireland for analysis.

The two arrested males, aged in their 40s and 30s, are currently being detained at Nenagh Garda Station under the provisions of Section 2 of the Criminal Justice (Drug Trafficking) Act, 1996.