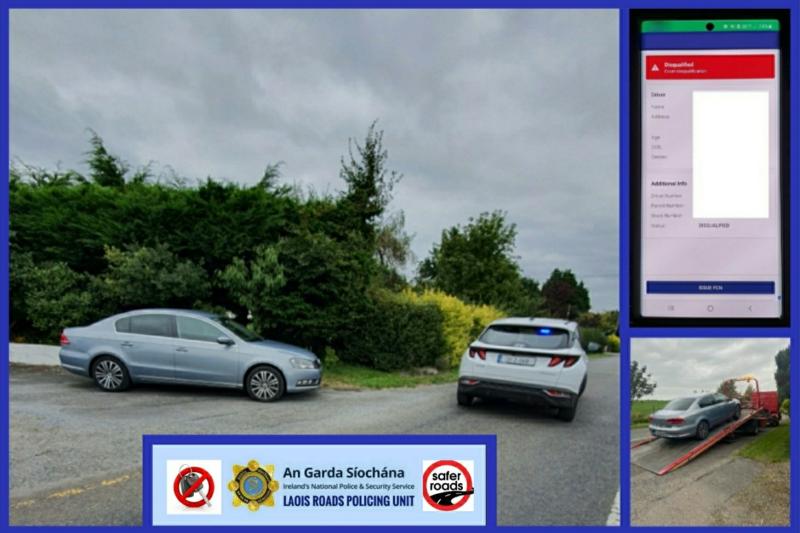 A driver who was on a garda wanted list was arrested in Laois today after an apparent attempt to avoid being stopped.

Laois Offaly Gardaí issued a statement after the individual was detained on September 2.

"Laois Roads Policing Unit on duty earlier today in Ballacolla stopped this vehicle after it turned away from a Garda Checkpoint. The driver was discovered to be disqualified from driving and had an outstanding Bench Warrant.

"The driver was arrested and has been Charged to appear before Portlaoise District Court and the vehicle was seized," concluded the statement.