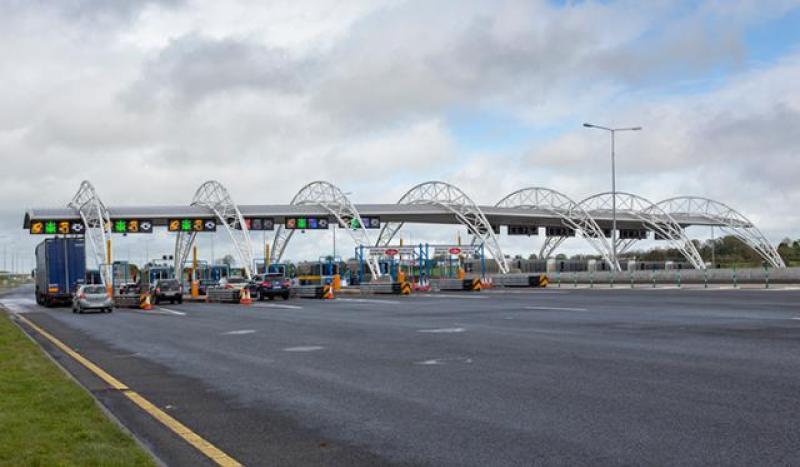 A man attempted to tailgate behind a lorry to get through the toll on the M7 after he was unable to pay with Google Pay on his phone, the recent sitting of Portlaoise District Court heard.

Ray Keller (39) with an address at 44 Lisheen Fields, Ovens, Co Cork was convicted in court of careless driving at the M7 Toll Plaza, Fatharnagh, Co Laois on December 23 last.

Sgt JJ Kirby outlined to the court that the defendant was unable to use his Google Pay, so reversed his car about 75 metres and waited there for a time.

He then drove at speed behind another vehicle and collided with the barrier, but no damage was caused.

Defence solicitor Josephine Fitzpatrick said her client did not carry cash and had used his Google Pay to pay a toll in Fermoy earlier that day.

“Had he known he wouldn’t have been able to pay that way, he could have gone off the motorway for Borris-in-Ossory and avoided the toll,” Ms Fitzpatrick said.

“Had he known he wouldn’t have been able to pay that way, he could have gone off the motorway for Borris-in-Ossory and avoided the toll,” Ms Fitzpatrick said.

He reversed back, to get out of the way of traffic but then had nowhere to go. “He saw a small rigid lorry driving through and thought he would have time to go through as well,” Ms Fitzpatrick explained.

“As matters stood, he had nowhere else to go,” Ms Fitzpatrick said.

Agreeing to reduce the original charge of dangerous driving down to one of carless driving, Judge Catherine Staines warned the defendant: “Don’t do something as stupid as this again and please have cash with you so you don’t leave yourself in this position again”.