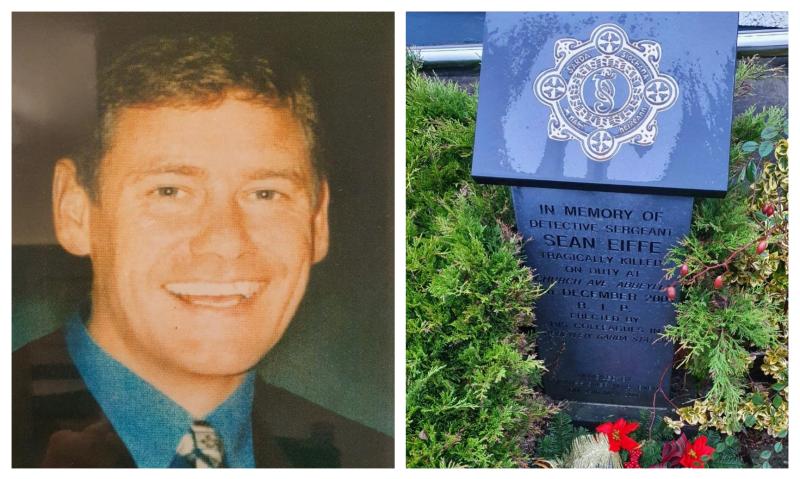 The Laois Offaly Garda Division have marked the 20th anniversary of a fallen colleague who was killed on duty in Laois 20 years ago.

"Today marks the 20th Anniversary of the death of Detective Sergeant Sean Eiffe. While on duty on 7th December, 2001, Detective Sergeant Eiffe was accidentally killed during a foiled bank raid at the Allied Irish Bank, Abbeyleix," said a post on the the Division's facebook page.

The late Garda Eiffe was on duty with the National Surveillance Unit when he was accidently shot dead by a police bullet during the attempted bank robbery.